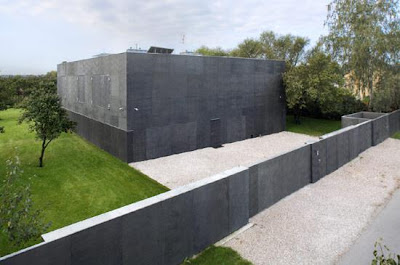 My Girlfriend recently discovered the worlds first zombie proof house (she didn't actually stumble across it, she heard about it from a friend), the house was apparently custom built purposely for the event of a zombie apocalypse by the designers at KWK Promes.  Being an avid believer in the inevitable zombie apocalypse (well ok maybe I don't actually think it will ever happen, but I can dream!) here is my critique of this unique creation. 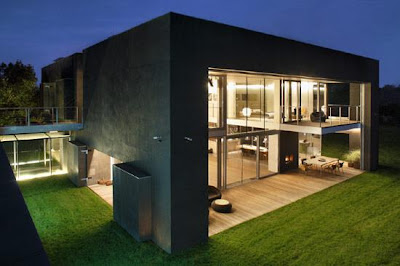 The house is very open with lots and lots of large windows, at first glance this seems like the very worst place to be with zombies shuffling around.  I am a firm believer that the average double glazed window is impervious to normal zombie attacks but still a glass house like this seems a risky move.  That is at least until the house goes into lock-down mode.  All windows are closed up by massive concrete slabs that close in effectively turning the house into one giant concrete block, the only entrance to the house at this point is by a draw bridge on the second floor which can also be raised making the house impervious to any kind of zombie attack. 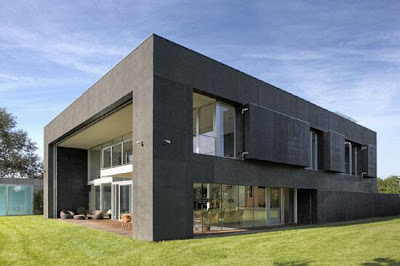 I have quite a few concerns with the house, though do bear in mind a lot of these concerns do rise from jealousy.  My main concern is just how long it takes for the house to go into lock-down mode.  It is all well and good turning your house into a solid block of concrete but not if the process to do this is slow.  Not too much of a point if the zombies are slow paced, but if they are running zombies and suddenly appear sprinting towards your house then there might be a few panic stricken moments as your house slowly slowly closes up. 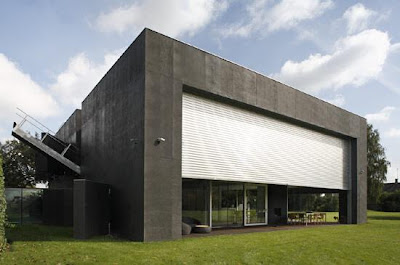 I don't know if the house has its own generators but I would hope so as it would be ironic if  after all this effort you are unable to close up your state of the art home due to a power cut.  The house contains a swimming pool; would you be able to replace the chlorine treated water with normal water?  A water supply would be needed to survive, but not a chlorine based water supply.  When your house is in lock-down are you able to still see outside in any way?  I would like some sort of hatch to let you go out onto the roof.  Again maybe this does exist, it is hard to tell from photos. 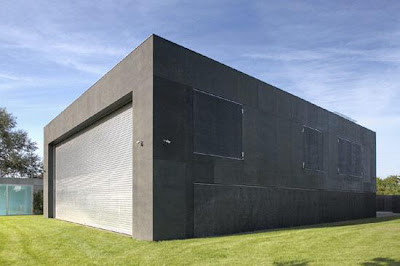 My ideal zombie proof house would not be a house, it would be a bunker underground, or perhaps a compound on stilts, the thought of not being out of zombies metaphorical reach scares me.  I would like to be secreted away with no chance of discovery.  The house is located near Warsaw so it is a bit far for me to get to, but I certainly wouldn't refuse a place in the house if the worst came to the worst!
Posted by Daniel Simmonds at 08:15

Unbelievably awesome. If it ever goes up on auction...let me know ;-)