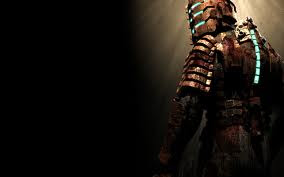 First of all I received a message about a cool zombie flash game site, it can be found at www.zombiegames365.com.  The site features a load of zombie themed flash games including a lot of crud but also some gems.

Another month, still unemployed but still sending off CVs to various companies so I can get some dollar bills coming in to feed my horror purchases.  With Dead Space 2 done there is the DLC Dead Space: Severed to play and I noticed that there is another Dead Space animated film out titled Dead Space: Aftermath.  The i-phone has a Dead Space game out also which details how the Necromorph outbreak started on the Sprawl, kinda annoying as I would like to know that myself but don't have access to an i-phone. 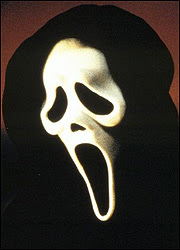 Scream 4 is coming to cinemas in the middle of April, I have low hopes for this film as they have steadily decreased in quality with each new instalment, the non-willingness to kill off any of the series core characters is annoying, so I assume all the usual suspects will once again survive, boo.

I have started reading a zombie anthology book titled 'Zombie' the introduction was interesting so I am optimistic the book will be good, one of the stories is done as a series of Twitter updates which is quite a cool idea.  I still have plenty of horror games and films to watch so lack of posts shouldn't be a worry for me.  Keep on horroring...
Posted by Daniel Simmonds at 07:30