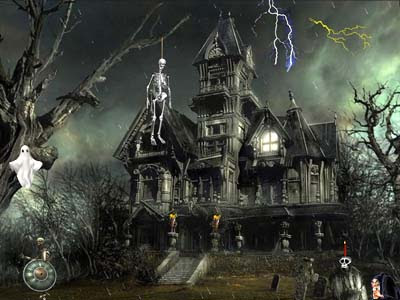 I often focus on videogames on this blog, I admit they are my favourite hobby and sure I would like to be more balanced in my content but that doesn't really happen as much as I would like.  Horror in videogames can really be done well, the added level of interactivity means a deeper immersion.  Rather than screaming at a character in a film to get away from a killer you are the character, your fate is in your hands.

It was quite hard coming up with a list of my top 5 most scary games, many nearly made the list but just about failed.  These include the sublime Dead Space; a masterpiece of survival horror, a sci-fi nightmare as a lone engineer explores a desolate space ship.  Other notable examples are the Nintendo DS first person horror game Dementium: The Ward which has amazing sound effects, Clocktower 3 which sees you as a defenceless school girl fleeing from a series of different serial killers, Manhunt where you are a man forced to participate in the ultimate snuff film, and the impressive Doom 3.  These 5 I have chosen below are what I think are the most scary games of all time... 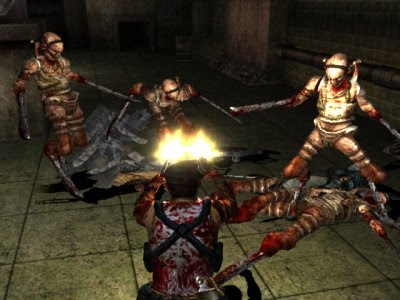 This game got some really low scores but despite that it is excellent and I would say is one of my favourite games of all time.  I remember one Sunday playing this game from beginning to end non stop.  The game sees you playing as a man on Death Row at a Prison on an island with a sinister past.  Monsters attack the Prison and in the confusion you escape your cell.  The rest of the game sees you with the task of escaping the hellish island.  The locations all flow naturally and the horror does not end when you leave the confines of the Prison with an insane asylum, quarry, army base and various other locales full of monsters and evil ghosts.  The cool thing about the game is that you can choose to help fellow inmates as well as prison guards which gives you morality points that decide the ending you get.  The sense of being trapped on this nightmare island under constant attack by demonic creatures (all based on various execution methods) is amazing.

The Suffering 2 is not very good at all unfortunately.  The beginning scene where you are taken into custody after arriving on the main land is stunning but after that the game falls apart with inferior rehashes of the first games set pieces and a stupid plot. 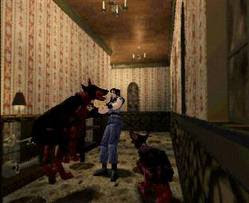 There have been lots and lots of Resident Evil games but the one I am going to talk about is the original Playstation/Saturn version of Resident Evil.  I liked the remake but it added needless things which took away from the horror somewhat.  Resident Evil sees you playing as a member of S.T.A.R.S (a search and rescue police team) who are attacked by crazed dogs while searching the woods near Raccoon City for signs of their missing Bravo team.  Seeking refuge in a remote mansion your aim is to discover the source of a zombie outbreak as well as find a way to escape the house from Hell.  The moment wild dogs burst through a window early on in the game cements this as one of the most scary games I know.  Ammo is always scarce, the enemies are terrifying and the location has such a sense of isolation that it feels like you will never escape.  Special mention goes to the panicked run through the generator rooms late in the game pursued by bizarre ceiling running monstrosities.

Resident Evil 2 is the highlight of the series, while 3 became just a bit too stale.  After that the games continued at a average pace until the reinvention of the series with the breath taking Resident Evil 4.  Unfortunately the reboot for the series moved the game away from survival horror to more of an action game. 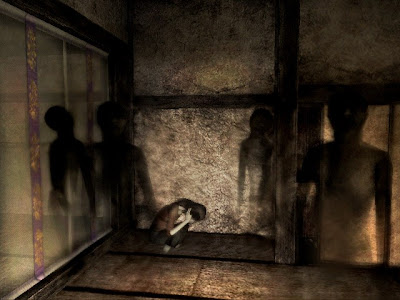 In Project Zero you play as a teenage girl who has gone to a decrepit house in the mountains of Japan to find her brother who vanished.  She soon discovers the house is full of evil spirits who trap her in the place.  Finding a magical camera which can destroy spirits by taking their pictures she has to figure out the curse of the house.  The game is terrifying and is a game that is almost too scary.  The game taps into the Japanese style of horror film with many nods to The Ring series of films.  Set over 3 nights you are never safe, every part of the abode is full of danger and evil spirits who are very memorable (such as the ghost of the woman with no eyes who screams 'they took my eyes!' at you as she attacks you)  A very very scary game and one I fear to go back to.

Project Zero was followed by two sequels.  The first Project Zero 2: Crimson Butterfly moved the location to a deserted mountain village.  It lost the sense of loneliness by having you control two characters.  In Project Zero 3: The Tormented the heroine of the game enters a giant ghostly mansion in her dreams.  You are able to leave the dream at any time and return to your normal suburban house which slowly gets infiltrated by the horrors of the dream house. 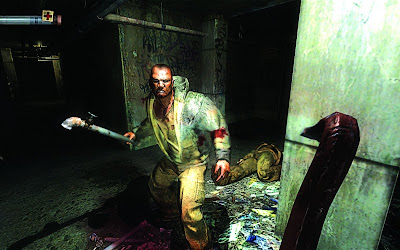 A launch title for the X-Box 360 this sees you play as a FBI agent who has been framed for the murder of two Cops.  As he searches for the true killer he is likewise pursued by the Police.  The game as the title implies takes place in condemned structures including a subway system, a fire ravaged library, a creepy department store, an old school and more.  The atmosphere is very intense in this game with the darkness being the enemies friend (enemies comprised of deranged homeless people, and crazed drug addicts).  The game has a very realistic feel to it yet includes a bizarre supernatural element to it.

The game had a sequal Condemned 2 but it is quite disapointing.  The bizarre plot of the first game is ruined here with every single thing being explained, and a stupid conspiracy plot thrown in.  Locations are not very good with a lot more new and unscary places used instead of creepy ones. 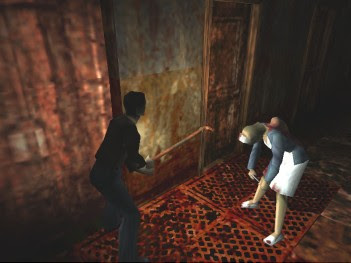 I think this game will forever remain my most scary one, the memories of it are so strong.  I have said before about my most scary moment but will reitarate it again here.  I was living with my parents at the time and they had gone away for the weekend.  I had moved my Playstation downstairs onto the big (at the time) TV, the volume was up loud it was the middle of the night and was playing through the game for the first time.  I was in light world Silent Hill exploring a big Hospital.  In the elevator a mysterious extra floor become avaliable to go to, exiting the lift I found to my horror I was now in dark world Silent Hill.  The corridoors were pitch black and each door I went through got locked behind me funneling me onwards.  Then the zombie Hospital staff attacked...I had to turn the game off it creeped me out that much!  Later sections such as the overwhelmingly terryfying sewer sections cemented the fear for me.

Most of the Silent Hill sequels are good games (especially Silent Hill 2) but none ever recreated that first feeling of terror.  I think it was a combination of stiff controls and graphical limitations that really made the fear so deep.  Later versions are too clean cut and smooth for my liking, the rough edges really added something to the game, true psychological horror.
Posted by Daniel Simmonds at 15:44

Wow I love all your scary movie games list. Silent Hill and Resident Evil are definitely my favorite! I am always playing the Resident Evil Mercenaries online..

Anyhow I also have the same type of blog that reviews horror movies and games. Please feel free to check it out...http://tooscarytowatch.blogspot.com

Thanks
Your new follower

games with a mission or horror said...

Bad Mojo – redux is one freaky-weird adventure. The first time i saw a video clip of the game is when it was at GameSpot in 2005.
I had to buy it.
It gave me a chilling excitement that I had just had to go into and experience.
A twisted horror adventure, the kind i like. The scenes and paths you have to take, do get somewhat disturbing. Disturbed horror games can be addicting.