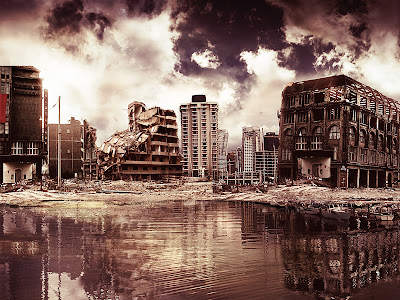 Had a weird dream last night and I want to commit it to text before it fades from my mind.  I got the feeling it took place during a zombie apocalypse but I did not actually see any zombies, maybe it just took place during some war or something.

I was a fugitive from the law and the general public.  I searched the streets for my bike which I had locked to a lamp post some years previously.  Eventually I found it but then Laura Roslin (the President from the TV series Battlestar Galactica) discovered me.  She let me go but stole the back light from my bike so that I could not use it. I was at a militarised Travel Lodge.  One of the people staying there was hiding me.  We lived out on a hallway and ordered food, whenever an employee showed up I went and hid in a room.  There were quite a few of us by the time I left.

Next I was in some Army base on the top floor in a large hanger type place.  I was with some people who were hiding me.  They discovered secret tunnels running behind the walls and planned for me to hide there,  they then discovered an even more secret attic area which had bottled water, food, and 4 PCs though also a see through floor (I am scared of heights).  The Commander of the base would regularly come to this floor and beat up my hiders.  Eventually we got a Helicopter back to the Travel Lodge, we found it a smoking ruin with two of our people waving us down...then I awoke. 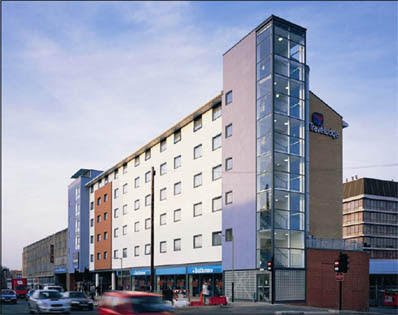 I didn't see any zombies but I got the impression they were somewhere in my dream world and that I was maybe the cause, or seen as the cause for the worlds ongoing Apocalypse.
Posted by Daniel Simmonds at 01:34