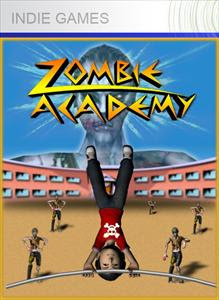 I have put off playing this game for the longest time based on the fact the title and cover art alone made me despair.  Having now played this piece of garbage I am at least proved right in the gnawing feeling of dread I had in the pit of my stomach.

Zombie Academy is a school where zombies teach humans how to survive zombie Armageddon.  Sounds kinda cool but no.  The zombies teach you skills by throwing glowing skulls at you; that seems to be the extent of their wisdom they can give you. 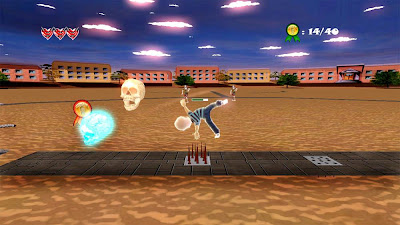 There are 3 god awful mini games that comprise the game.  The first Giddy Up was not available in the demo but is most likely terrible.  The second Leap & Roll has you avoiding skulls thrown by zombies while cartwheeling over spikes in the ground and collecting floating medals.  The last Flip & Dive is again not available in the demo but I have an almost psychic ability to predict that too is utter crap.

It may seem harsh to review a game based on its demo but I feel justified.  The game looks terrible like all bad Indie games do, it looks like it was created in the most basic way possible.  One arena for all 3 games, your avatar as the controlling character and bland identical monstrosities as zombies.  The music sounds like it came out of the 16 bit era and the sound effects are patchy and crude at best. 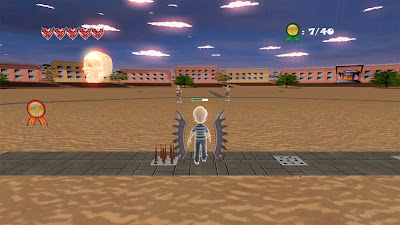 It may be only 80 Microsoft points but there is no enjoyment to be found here at all.  Utterly boring, avoid like the plague!

Posted by Daniel Simmonds at 03:25