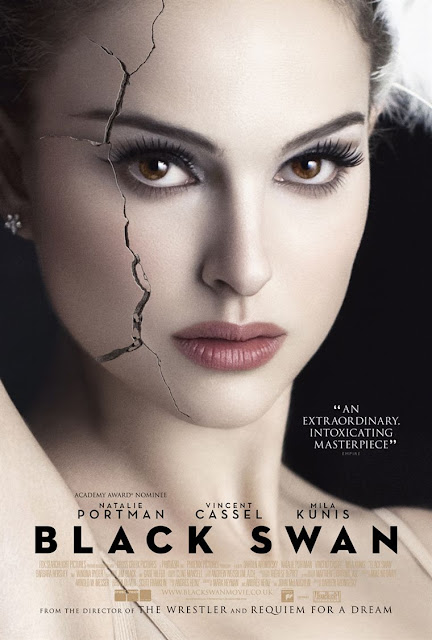 Black Swan isn't a horror film per se it is more a psychological drama piece.  The horror element in the film is very realistic; that of a young woman's descent into madness. The film is directed by Darren Aronofsky who is apparently known for his films about broken people.

Natalie Portman stars as Nina Sayers a ballet dancer who gets the lead role in a theatre's production of Swan Lake. The part requires her to play both the good white swan as well as the evil black swan. Nina is a perfectionist and as the stress of the large role gets to her she starts to go insane, her life starting to resemble the story of Swan Lake. A ballet rival, as well as a domineering mother adds to her pressure and she begins a inexorable breakdown. While her life is collapsing around her she must continue to practice for her ultimate role before she gets forever overtaken by events. 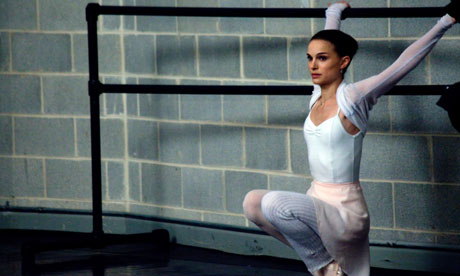 I only saw this film as I had missed the one I had intended to see (the utterly terrible Hereafter).  A friend had been saying how I had to see this film so despite my reservations I thought I would give it a go.  This is a film my mother wants to see so I was very hesitant and must say I expected a bland drama but I was surprised at the film I in fact got. My initial reaction after seeing the film was bewilderment but over time I have come to appreciate the film.

The film focuses completely on the character of Nina with events whether real or imaginary taking place from her perspective.  Her descent into madness is well done though it feels that she was never too sane in the first place with her having a history of self harm and her overwhelming desire to be perfect with her ballet leading her to have a sense of isolation from her mostly bitchy ballet group. Her manager sees in her all the qualities of the white swan; innocence, frailness and grace, but he struggles to see how she is like the black swan; a character who is supposed to be cruel, domineering and powerful. This spills into her social life in the friendship she forms with her wild ballet rival Lily who seems to be the mirror opposite of Nina. 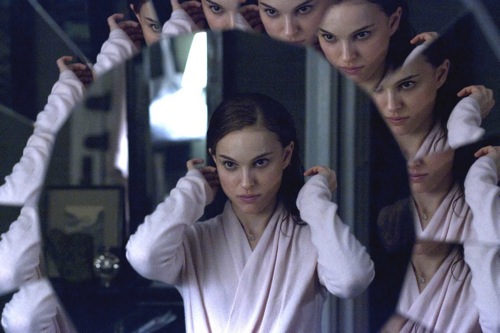 Mirrors and reflective surfaces are littered throughout the film, many creepy sequences come from these as Nina's reflections move independently of her and appear to mock her. The film is quite creepy in places with several key nightmare sequences such as when Nina is pursued by a psychotic woman into a room full of laughing paintings, and scenes when a monster from out of Swan Lake stalks her. Less creepy is Nina's slow transformation into a real life black swan, her skin turning into that of a bird, her neck extending, and her feet becoming webbed. I and a lot of the cinema crowd found this quite humorous which I don't think was the intended effect.

The film is quite 'sensual' in places with a few lesbian scenes but these have a constant feeling of threat and menace about them and coupled with the skinniness of Natalie Portman (she purposely lost a lot of weight to play this role) have no titillation about them. More interesting is the sense of atmosphere the film in general has, the score being a distorted rendition of Swan Lake that fits the films surreal tone well. 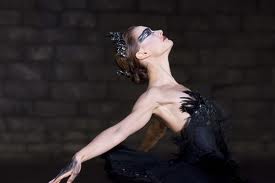 Black Swan was a worthwhile film to see but definitely not a pleasant experience, still it is different and quite captivating in its look.

Posted by Daniel Simmonds at 11:41