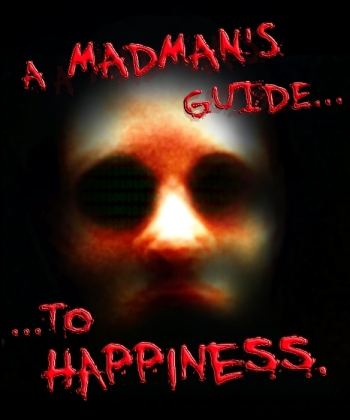 I continue my assault on the dirge of the X-Box Indie Channel.  It sometimes depresses me how much I must have spent on crappy games in the name of horror. A Madman's Guide to Happiness is a very shallow, light on content game that contains barely any game at all.

The game takes place on the PC of a suicide victim. There are five folders, each containing information on how to be happy in life, as well as simple puzzles, and 'disturbing' images. You are a detective who is first on the scene of the suicide.  As you root through the files you discover the victim was quite unstable, and also that the folders were not intended for your eyes to see. It all leads to quite a predictable end it has to be said.

Each of the five folders consists of one puzzle, and then a few pages of text gibberish talking about princesses and demons. The puzzles are extremely simple, requiring you to choose one of four options using the buttons on the 360 Controller. The actual concept of the game taking place on a fake desktop is interesting, but there is no effort put into it, content is minimal, and more criminal is that this is boring to boot.

The 'game' is 80 Microsoft points, so as cheap as possible, but it is boring, and frankly a lazily made game.  Avoid like the plague!