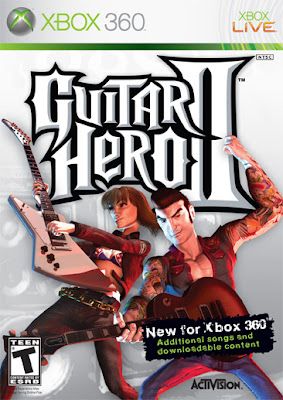 Yeah, Guitar Hero should have no relevance in this blog.  Many different songs, many different genres (though favours 80's rock).  However at the end of the Vans Warped Tour stage the encore song was the boring Jane's Addiction 'Stop'.  So far so boring.  However what came next shocked and surprised me. 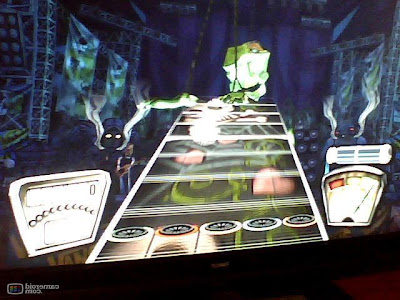 That is it, there is a zombie in Guitar Hero II, end of story, but still cool how often zombies pop up in things!  I know the picture is terrible, but there were no existing pictures on the entire Internet so I had to make one myself with my lame web camera.

The stage after Warped Tour (Harmonix Arena) features a giant Grim Reaper in the background who for the last song battles a giant Octopus!

There's a new zombie webseries out that features gamers and Dead Rising 2. Have you heard about it?