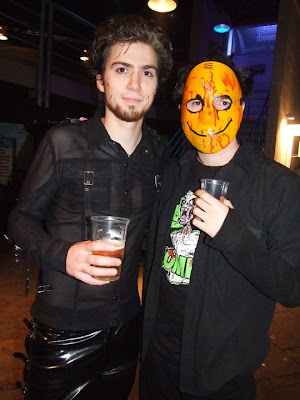 Another month full of changes.  Am now officially unemployed, so need to find a new job, and keep on updating my blog regularly.  I went to the Vampire Ball at Northampton Roadmender for Halloween (I am the one in the mask in the above photo).  It was a good night despite only one of the 3 rooms being open.  I admit my memory of my time there is kinda missing(!), but had cool company. 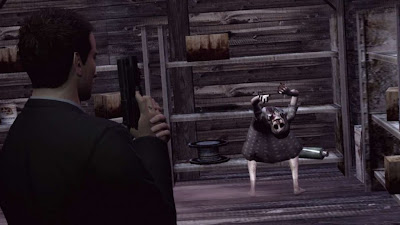 I have recently purchased the survival horror game 'Deadly Premonition' which is supposed to be so terrible that it is good.  Will get around to playing that sometime.  Brought a promotional copy of Castlevania: Lord of Shadows.  Really looking forward to playing that one, as the demo where you fight Werewolf's and Wargs in the rain was epic feeling.  I have gotten Fallout: New Vegas.  It looks, and feels very similar to Fallout 3 so far, I am only 5 hours into it, so I am sure that in time I will get ultra addicted to it. 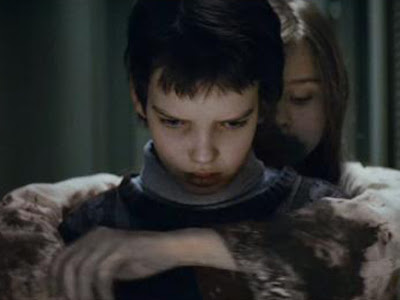 At the cinema currently is Saw 3D (which I have already reviewed) as well as Paranormal Activity 2 which I want to see, but am hoping to see with friends rather than alone.  Burke and Hare is also out.  This is a comedy involving two murderers starring Simon Pegg.  The trailer looked terrible, so I am not exactly dying to see it, though may well do if I get the motivation.  Let me In is also out.  It is an American remake of the foreign Let the Right One In.  It is a Vampire film about a boy who befriends a child vampire.  Was ok, but not amazing (the original anyway). 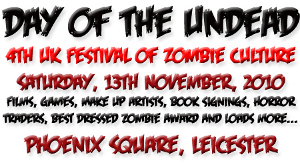 This Saturday (13th November) is Day of the Undead at Phoenix Square in Leicester.  Tickets are £25 for an all day pass.  Films being shown include the classic  zombie flicks Dellamorte Dellamore, and Living Dead at the Manchester Morgue, as well as newer ones such as Zombies of Mass Destruction, and Reel Zombies.  Dean Boor of Shock Horror magazine is going to be there as a special guest (and has offered me a lift should I decide to go).  Should be a good day!
Posted by Daniel Simmonds at 03:16