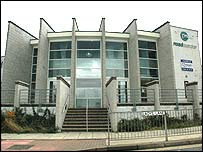 Northampton Roadmender is quite an average nightclub in Northampton Town, UK.  Still it is not a Towny place, and so one of the only places to go on the weekend (though the smaller Embargo has better music on).  This Halloween Shock Horror magazine are holding a Vampire Ball at the Roadmender.

The night will be a traditional Halloween event, in that you can turn up in fancy dress if you are so inclined to do so.  The best fancy dress costume will win a goody bag courtesy of Dean Boor and the Shock Horror crew, as well as get their photo taken for a future issue of the magazine (probably issue 3).  Shock Horror will also be roaming the event taking pictures, so a chance to appear in the magazine even if your costume is lame (like mine will be!)

The event takes place on the 30th October 2010, and entry is free before 11pm.  I will be there representing my humble blog...ok I will be there, but to get drunk, not to promote myself.  I am thinking of going as one of the Smiley gang members (a gang from Rockstars ace Manhunt videogame).  This depends on the arrival of funds to pay for paints, and other things needed to make my costume. 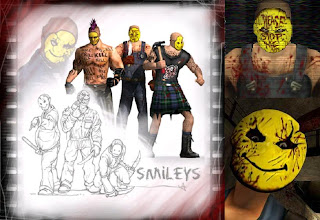 If you are in the area over Halloween then you should definitely check out the event!  Of course if you are not in Northampton Town UK then it is a given that every tow in the civilised world will most likely have a Halloween party somewhere or other!
Posted by Daniel Simmonds at 09:52