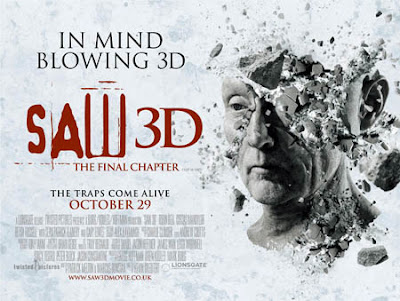 Apparently Saw 3D is to be the last Saw film.  It is the seventh film in the series and the first to be in 3D.  When I saw Saw VI this time last year I was quite confused having seen only Saw I and II before that.  I was really confused this time around also.

The film takes place very soon after the events of VI.  The evil Detective bloke having survived the head trap Jigsaws wife gave him is out for her blood.  Knowing this the wife has seeked Police protection in exchange for providing evidence of the mans involvement with Jigsaw.  While the ex Detective hunts the wife of Jigsaw a new game is happening involving a man who has gotten rich by pretending to be a Jigsaw survivor.  The ex Detective says the game will be stopped, and in fact all games will be stopped if the Police release the wife of Jigsaw to him. 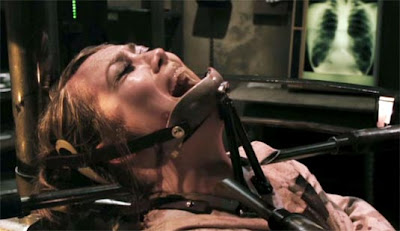 Despite the film not making much sense it is very entertaining.  As usual the people marked by Jigsaw to play his games are deserving of their plight.  It is ironic that the idiot pretending to be a survivor of Jigsaw is not only put into a game by the killer, but also forced to 'reinact' the very thing he brags about surviving.  Like the insurance man of Saw VI the pretender is forced to work his way through a series of challenges involving trying to rescue friends and family.  In Saw VI the insurance man was forced to put himself through lots of self inflicted pain to get through the tasks.  Here the fraudster rarely has to put himself in any peril as he works his way through the game.

There is lots and lots of violence in this film, it certainly seems to have the highest body count of any of the previous Saw films.  I would guess close to twenty people are killed here.  People get sawed in half, ripped apart by chains, have their eyes poked out, burned alive, and throats stabbed among others.  All very gory, but nothing like the stomach churning pound of flesh opener to Saw VI.  The opening scene in this film is let down by very fake special effects sadly. 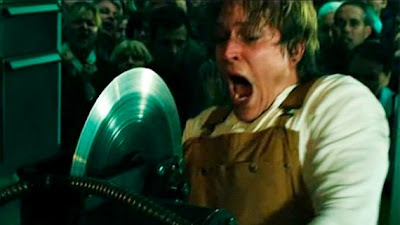 The plot made little sense, but once again there are quite a few flashbacks to Jigsaws exploits while he still lived, as well as many flashbacks to various points of the previous films.  A highlight was a sequence showing what happened after the end of Saw I.

When a box set is released with all seven films I am definitely going to get it.  I have really enjoyed the Saw films I have seen.  Oh yes, I have yet to mention the 3D.  I was kind of nervous about how the 3D would be used in this film.  I was expecting lots of things flying into the screen constantly.  To my surprise the 3D was used quite subtlety here.  There were occasions when things did fly into the screen but these were few and far between.  Most the time the 3D was used to give depth to the proceedings, and was very moderately used.  At times I forgot I was even seeing a 3D film such was the small way in which it was used. 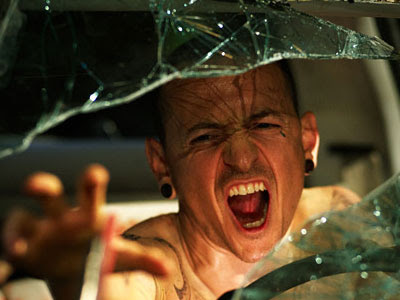 Saw 3D was good, I just don't think as an end to the Saw franchise it was a good closer.  There were slight twists but nothing major.  I still just don't know why the games were started in the first place, or why they continued after Jigsaws death.  The film is not at all scary, apart from the obvious of characters being kidnapped and finding themselves in traps.  Where does Jigsaw and his cronies get the time to set up all these games?

Happy Halloween... may there be treats, not tricks...
:)
iZombie