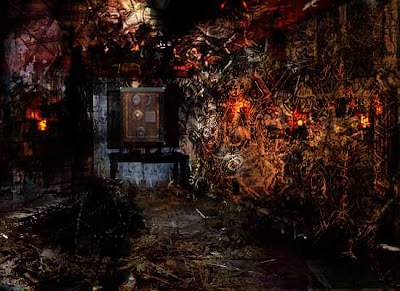 Another free PC flash game.  This game is a horror point and click game that takes place over static scenes (think Myst).  It brought to mind Saw, or House of 1000 Corpses in it's atmospheric terror trip.

You play as Peter Langdon; a reporter doing an investigation into a series of videos uploaded to various websites.  The Web videos seem to show horrific surgery involving animals and humans, as well as living results of these splicings that the videos purport to be by a Dr Friendly.  Following a tip-off you send a crew to a abandoned house, and promptly loose contact with them.  Days later you head to the mansion yourself to find out what has happened to your crew members.  What you find is more horrific than you ever imagined, the web videos were no mere prank.  Even more scary is that it seems the alleged Dr Friendly planned for you to turn up, and has turned the house into one giant death trap designed to test you.  Can you escape the horrors of the house, or will you succumb to the insanity? 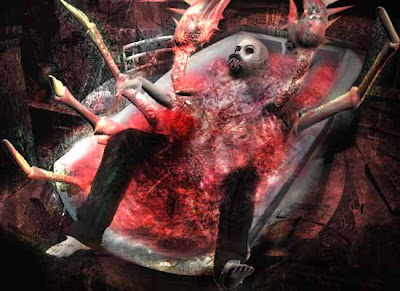 The game is made up of the rooms of the mansion.  Each room has various points of interest, such as newspaper clippings that give back story to the events, as well as items to collect, and puzzles to solve.  Starting off in the entrance hall way you have to explore the house, eventually leading to the basement.  Along the way you discover the fate of your missing crew, as well as meet, and defeat the various mutant freaks that populate the house.

The puzzles are for the most part simple, but fun enough to do, and not too easy.  There are not a lot of items to collect, and all are obvious in what they need to be used for (such as putting sulphuric acid into the water supply).  Quite a few locked doors require tile matching puzzles to be solved, while others require combination locks, or keys.

You can die in the game, and probably will do so frequently.  Failing a puzzle usually leads to a bad looking, but suitably gory death replete with lots of blood.  The freaks of the house must all be defeated in different ways, a particular highlight saw you having to rapidly click the mouse button to escape an approaching freak, the screen split in half to show your perspective, as well as show how far the freak was from getting you.

There are quite a few characters in the game as well, meeting these leads to lengthy dialogues that help to split up the exploring.  The game kinda feels like a Saw type film.  Gritty, violent, bloody, and an ever present sense of dread permeates the experience.  Sound effects help to make the atmosphere tense.

The game took me about an hour to complete, can't recall the site I found it on, but it should be easy enough to Google.  Another free game.