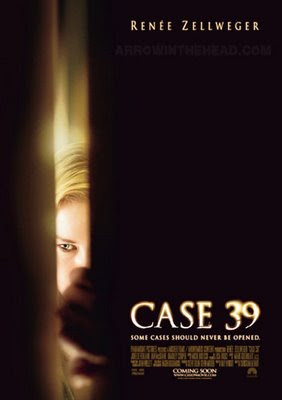 Case 39 sounded like a boring thriller type drama, but watching the trailer there was all manner of screwed up stuff so I decided to give it a go.

Case 39 sees a social worker Emily Jenkins (Renee Zellweger) investigating reports of child abuse at a strange household.  The parents of the child are completely weird, and the child terrified to speak out against them.  Told by her boss to leave the Case alone due to no evidence she instead pursues it.  Luckily she did as she, and a Cop buddy (who looks very much like Al Pacino, I believe it is the actor who played Lovejoy) burst in on the creepy parents to find them trying to cook the daughter Lilith alive in a giant oven.  Taking pity on the child Emily agrees to look after her until a suitable family can be found.  As those she loves start dying around her Emily comes to think that the seemingly benign Lilith might somehow be responsible.  With no evidence on hand Emily sets out to find just what the deal is with the creepy girl and find a way to stop her. I am so sick of spooky little girl films, I think Orphan (while a good film) was the one that broke the camels back.  Hide and Seek, The Reaping, The Ring et al - stop it! I no longer find creepy little girls in creepy little girl films creepy, they are just annoying, and irritating.  I really wanted to just punch Lilith (played by Jodelle Ferland) in her cocky mouth.  Lilith acts nice and sweet around some people, while around others she mind messes with them.  She seems to have psychic powers, able to read minds to find out peoples deepest secrets, and use them as a form of torture.  By phoning the victim she chooses Lilith is able to create extremely vivid hallucinations.  One example sees a character attacked by thousands of hornets in his bathroom. They swarm out of his eyes, nose, mouth, ears, and is totally disgusting.  I really hate insects, ugh!  She uses this power to control people, threatening them with extreme fear if they don't do what she says.

The character of Emily is totally stupid.  She starts the film as a real sickly goody two shoes. Each case she deals with she has a real (unintentional) arrogant air to her. Yet with utterly no proof whatsoever she decides this little girl Lilith is a monster and sets about trying to find a way to murder her. It is quite silly how quickly she decides the girl must die when she has no reason whatsoever to think this. The film ends on a kind of positive note, but Emily is in for a hell of a lot of trouble.  Good, the lame character deserves it! 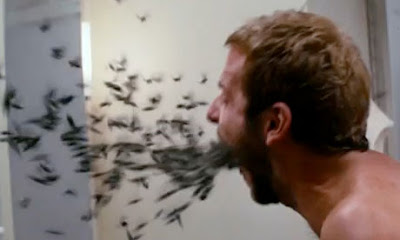 I am going to go into spoilers, the film is not very good, so I don't feel bad about ruining it. It is hypothesised during the film that a spirit was reincarnated into the body of Lilith during her birth but retained all its knowledge of past lives, and so is very crafty. Then it is actually shown there is a demon inside the girl, a demon that can Jekyll and Hyde like transform the girl into a lumbering brute. Thankfully apart from a giant arm this monster is never shown, even then it looks totally stupid. My main problem is that this whole film is near identical to a episode of the ace Supernatural.  They did the whole plot a whole lot better in a 45 minute episode than was managed here in a hour and a half with a larger budget.

The film does look good, and it did keep me watching right up till the end. The hallucination inspired death scenes were quite cool, as were some of the effects (though some of those hornets sure looked a tad computer generated)  First film I have seen Zellweger in, she's an ok actress but nothing special.  It also had Bradley Cooper in it, as well as a Cylon (from Battlestar Galactica), and the 80's antique dealer Lovejoy.  Not a completely terrible film, just not a very good one. 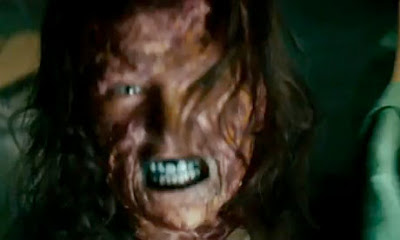 As an end note; there was a scene in which Emily had a hallucination that she was being chased by a zombie like woman which was kinda cool I guess.

Posted by Daniel Simmonds at 03:40