An alternate method to surviving the zombie apocalypse

Recently I got into a bet with my Girlfriend.  She insists her crazy plan to survive a zombie apocalypse would work, so we did a few zombie quiz's online to see whose plan was the better.  First of all we did a Facebook Quiz.  She was given a 1+ year estimation of her life span post apocalypse.  I was given an estimation of 3-4 months.  Not impressed!  Putting my beloved 'Future Survivor of the Zombie Apocalypse' T-Shirt on the line I agreed to another quiz, randomly found via Google.  She was given about a 79% survival chance while I got 69%.  I lost the bet, my pride, and my T-Shirt. 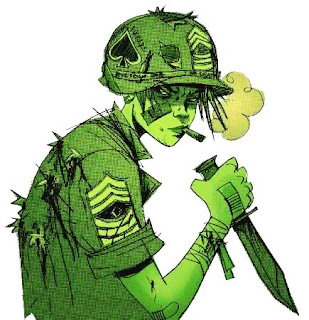 My Girlfriend falls into the category of Survivor who would rather be reckless and fight, than hide away in a nice safe, comfortable hideout.  Here is her plan as much as I was able to understand her excited talk...

Upon learning of the zombie apocalypse she would grab a baseball bat, and then head into Town on foot, she would run, a distance of around 3-4 miles.  Town Centre would be Hellish, drivers crashing cars, pedestrians looting, fighting, screaming, lost children looking for their parents.  She would head to the T.A (Territorial Army) Centre.  She assumes the T.A Centre would be empty, and that if there were T.A Soldiers there that she would somehow be able to convince them to let her in, or she would somehow baseball bat her way in. 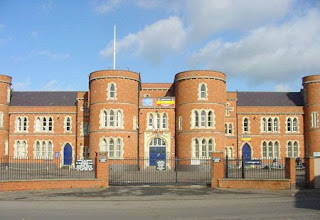 I do not know the truth, but she swears blind that not only is there plenty of guns at the T.A Centre, but also a few Tanks.  Once in the T.A Centre she would await the arrival of her best friend (who would know instinctively to head there).  They would go onto the rooftop and each take a corner of the fortified building.  They would proceed to shoot every single zombie in sight with the aim to eventually kill every single zombie in the vicinity.  The T.A Centre has a courtyard which is surrounded by a wall only around 7 feet tall, but the building itself I would imagine is well protected.

She would make this building her HQ, keeping her child, food, and supplies here, while going out on missions to kill any nearby zombies (death by Tank).  She says after a week she would drive her Tank over to my house (where I very sensibly will be hiding out until the heat dies down) and 'rescue' me.  To rescue me she would smash in my front door via her trusty baseball bat.

A few flaws I see in her plan.  Firstly if she somehow manages to drive this alleged Tank it will attract zombies for miles around due to the noise it makes.  Zombies will be attracted to noise, so she will likely have a massive carnival of freaks following her everywhere, eventually climbing all over the Tank trapping her inside.  Secondly, the T.A Centre is quite close to a busy Town Centre, the number of zombies in the area will be impressive, I doubt there is enough ammo (if any) to take out thousands of zombies, especially as I am not convinced she even knows how to use a gun. 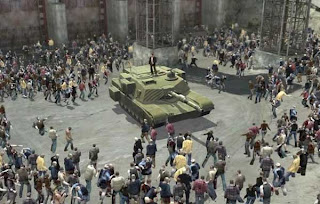 Despite my misgivings it does seem she has the better plan (at least according to Online Zombie Quiz's).  I am very fond of her, so wish her all the best.  At least she will be wearing a cool T-Shirt when she is ripped limb from limb!
Posted by Daniel Simmonds at 11:48