My Realistic Method for Surviving the Zombie Apocalypse (and an Apology) 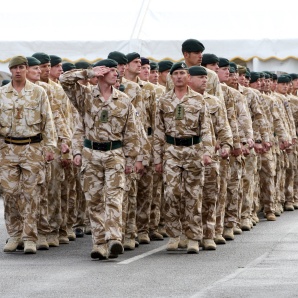 First of all; it seems I have egg on my face.  After laughing at my Girlfriend's wild notions of getting in the T.A Centre when the apocalypse happens, it now turns out that plan isn't so silly.  My Girlfriend established contact with a member of the Northampton T.A.!  He revealed that it is the Northampton Territorial Army's intention to head to the T.A Centre at the first signs of zombie apocalypse.  He promised my Girlfriend safe passage in the event of such a...event.  So turns out her plan was not so far fetched! Thank you Northampton T.A!

I previously blogged about what my ideal zombie apocalypse hideaway would be.  It was my dream to have a gigantic underground bunker.  In the unlikely event I cannot afford to build this I have a back up plan. 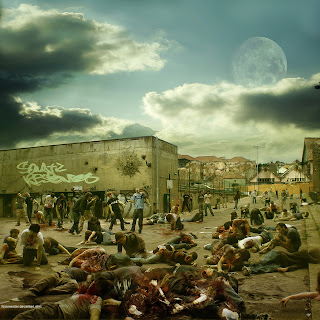 My plan is this...I would calmly lock my front and back doors in my terraced house.  I would go upstairs and fill the bathtub with water, and then I would set about destroying my stairs with a sledgehammer (that I keep in the garage).  I would concoct some sort of rope that I could use to climb from upstairs.  I would stay in my house for a week.  I would read books, listen to music, play videogames, and generally chill out.  I would keep all my windows covered up of course.  I have enough food to last a week, and I highly doubt water, gas and electricity would all fail within a week.  Two things could either happen after a week;

a)  My Girlfriend baseball bats my nice safe house door open, she runs to me, knocks me out with a sock to the mouth (a very smelly sock), stuffs me in her Tank, and trundles off back to the over-run T.A Centre. 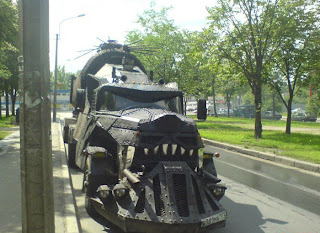 b) I drive my Mad Max'd up Suzuki car up to the local Tesco's.  Clad in my comfiest clothes, and trainers I advance into the Tesco's and come out with loads of essential goods (such as tinned food, medicine, clothes, and alcohol).  I either load my car up and head back home, or I acquire a Tesco's delivery van.  There would be plenty of zombies about, so I would be armed with my trusty Hockey Stick, and walking stick.  I run quite regularly so would be able to get past most of them.

I would spend as long as I could at my house.  I live in a terraced house of about 5 properties.  The upstairs walls are paper thin, so I would smash my way into the nearby properties, destroying there stairwells as well to make an uber base.  I can't see me making enough noise to attract zombies to my location, so a cushy life until the power fails, and then I will have to just read books (of which I have 1000's)  Boring but effective.
Posted by Daniel Simmonds at 14:44