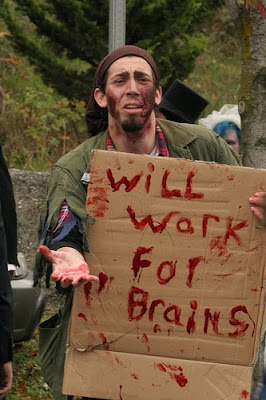 Time moves on, another Monthly Update.  My personal life has been going ace, which is really cool, though it does mean that I am not currently doing as many blog posts as I have done in the past.  I am going to be made redundant soon which is going to suck, though on the plus side I am going to be able to promote my blog, and work on it a lot more.  If any one has any job offers email me!

I am currently tidying up a lot of my badly spelt earlier posts, and replacing broken images.  In time I will replace the very early reviews with better written ones. 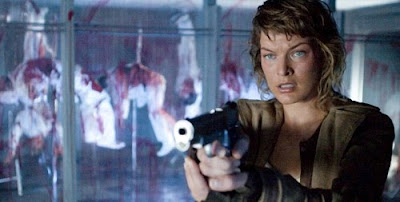 There are quite a few horror films out at the moment.  Eli Roth's 'The Last Excorcism' is out, a supernatural tale of possession I am guessing.  Also out is Piranha 3D.  I really wanted to see this, but don't know if I will get round to it.  Of course on 10th September the fourth entry in the Resident Evil series is out.  Resident Evil: Afterlife is shot using James Cameron's 3D camera technology.  The trailer is quite cool, though it seems a vast amount of the film is based on ideas from Resident Evil 5.  Alongside Alice (again played by the beautiful Milla Jovovich) Chris Redfield, Jill Valentine, and the amazing Albert Wesker will also feature heavily. 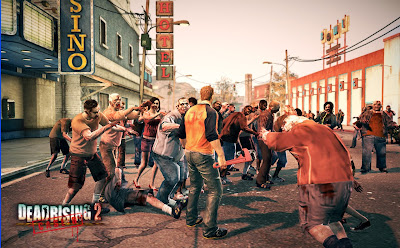 I now have a PS3, currently playing through a fun simple shooter called 'Age of Zombies' that sees you as a Duke Nukem style Hero travelling through time, fighting Zombies.  The remake of Forbidden Siren I have brought, so will be reviewing that.  On the Nintendo DS Dementium 2 has been out for a while in USA, I intend to import that soon, as well as replay the original.  On the 360 there is a billion Indie Zombie games now, I do need to review those.  Dead Rising: Case 0 is out on X-Box Live Arcade, I will be playing that pretty soonish.  I also have got the side scrolling brawler 'Scott Pilgrim VS the World' which features a cheat code that turns all the enemies into zombies.  It has been confirmed that the new Call of Duty (Call of Duty: Black Ops) will feature a zombie mode, similar to Call of Duty World at Wars cult mode.

Lots of stuff to do then, and unfortunately due to losing my job it seems I may have a lot of time to get it all done.

Oh yeah, I have ordered issue 1 of  a new British Horror Magazine called 'Shock Horror' which turns out to have been created by a friend of a friend of mine, so that will be interesting to read.  A review will follow.
Posted by Daniel Simmonds at 11:14