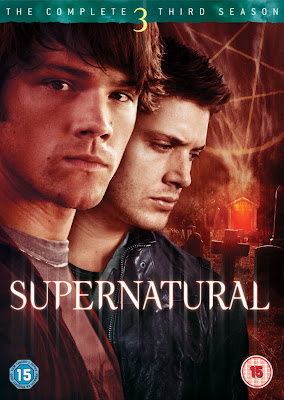 Supernatural for those that don't know is an American TV show about two brothers; Sammy and Dean who travel the back roads of America hunting down monsters and ghosts. The boys are played fantastically by Jared Padalecki, and Jensen Ackles, Sammy is the sensible one, while Dean is more reckless and gun ho of the two. From here are spoilers for the previous 2 seasons, so beware!

Having sold his soul in exchange for Sam's life Dean has just one year to live.  The Seasons main plot line revolves around the brothers search for a way to save Dean from being dragged to Hell. With the yellow eyed Demon dead there is a power struggle over who is to command the recently released Demon Army.  It turns out that a head Demon named Lilith still sees Sam as a threat, so many episodes are based on her quest to kill him. 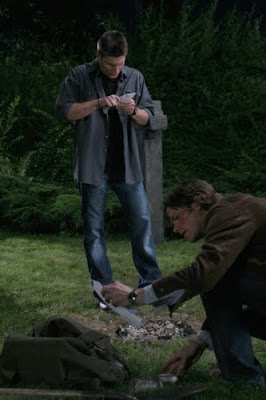 The Season gets off to a great start with 'The Magnificent Seven' where Dean and Sam discover that the seven deadly sins were among some of the Demons to escape in the brief moments the gateway to Hell was opened at the end of Season 2.  It sets the trend for the higher action of Season 3, as well as the higher body count for the good guys.  Many characters are killed off by the end of the Season, some who are just introduced in Season 3, but also older reoccurring characters from the previous 2 Seasons. 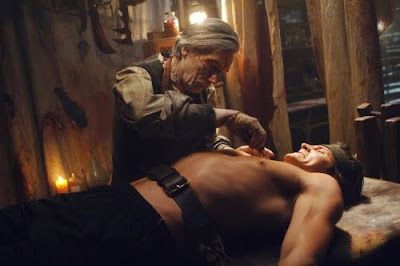 There really are not that many average episodes in Season 3, the weakest I would say is the Christmas themed 'A Very Supernatural Christmas' which concerns the anti-Claus, as well as features several flashbacks to the boys childhood.  There is a lot of humour throughout the episodes as usual, with two episodes in particular being based on jokes.  The first 'Mystery Spot' sees Sam stuck in a Groundhog Day situation where the same day keeps repeating over and over again with Dean dying in a variety of tragic, and then hilarious ways.  The first time he is killed tragic music plays, but later on during a montage of Dean deaths it is just hilarious as Dean is crushed by a falling desk, slips in the shower, gets poisoned by a Taco and many more funny ways.  Sam is fantastic in this episode, and his utter frustration at reliving the same day for hundreds of times in a row is fantastically funny.  The other comedy episode 'Ghostfacers!' is done as a fly on the wall documentary with Sam and Dean only showing up as secondary characters.  Everything in this episode from the credits, to the ending is done as if it was a show of 'Ghostfacers!' Very funny. 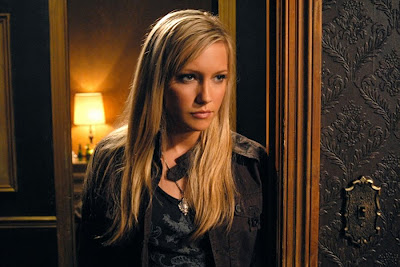 The Season sees the introduction of several cool characters.  Early on a mysterious beautiful woman called Ruby shows up.  She has an intimate knowledge of the boys, and is armed with a dagger that is able to permanently kill Demons.  An English thief called Bela is also introduced.  She works with the boys in several episodes, but always ends up screwing the boys over in some funny way.  Characters from previous Seasons feature quite a lot, especially Bobby who features more heavily.  The misguided Hunter Gordon Walker also makes an appearance, as does the FBI Detective in charge of the boys arrest.

The Season is shorter than the previous 2 which is disappointing.  Rather then 22 episodes there are just 16 which is a shame.  The last episode feels quite rushed and is not the epic one I expected.  I can't help feel that they originally aimed for 22 episodes but then cut it down (maybe due to the writers strike?)  A shame.  The show is still amazing though, and defiantly has not shown any signs of running out of steam.  I love Supernatural!