I've recently finished watching the unrated Directors cuts of the excellent Rob Zombie Halloween remakes. I had already seen the Directors cut of Halloween so there was not much more I noticed in the unrated version apart from more gore, and some full frontal nudity. 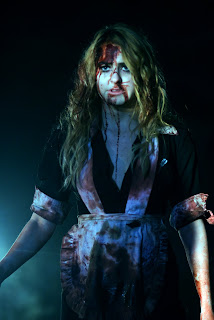 Halloween II though I had only seen the theatrical version of.  The Directors cut completely changed the film in that firstly Laurie was shown as a girl completely not dealing with her problems.  She was in constant arguments with her former best friend who she fantasised about killing, she uses alcohol, and speeding to drown out her issues, and hates her therapist.  Myers is shown completely different also.  Half way through the film his iconic mask is half ripped off, so that his face is visible far more, there are many more scenes of him in daylight sans mask, and he even speaks!  The ending scene is vastly changed also.  Well worth watching though I'm not sure if I prefer it to the theatrical version.

In game news I thought about reviewing Dark Void on here, but decided against it.  Dark Void is a action sci-fi third person shooter in which you play as a man in 1947 who has been transported to an alternate dimension after flying though the Bermuda Triangle.  In this dimension he gains a cool rocket pack and starts an uprising against the evil Alien masters of the Dimension who have secretly been setting up the start of World War II.  The game is not really horror though, and is much more action based.  Still, it was a really fun game.

Quantum of Solace I have also recently played.  It is a very fun first person shooter, but of course James Bond is not remotely horror, so no review for that either! 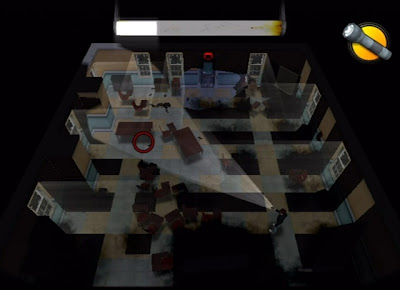 I am currently playing Lit on Wii-ware.  It is a horror based puzzler in which you play as a boy trapped in his School at night.  He must stay in the light as going into darkness leads to instant death at the hands of shadowy monsters.  Each level is a different room of the School.  The aim in each room is to get from one side to the other using table lamps, PC monitors and moon light through windows to achieve this.  Is quite creepy.
Posted by Daniel Simmonds at 15:20