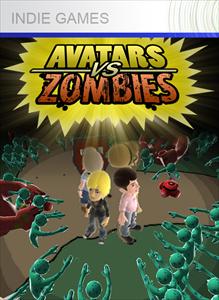 Avatars VS Zombies looked like it was going to be crap. I fully expected it to be, and for 80 Microsoft points I had reason to. The game is riding on the coat tails of the diminishing zombie popularity in pop culture currently. It looked like a very cheaply made game designed to sucker people in by bright colours and avatars, and yes; zombies.

The game casts you as the space marine from Doom...actually it doesn't, you play as your 'avatar'. Mine just happens to be wearing the space marine armour from Doom (unlocked by completing the Doom II bonus chapter). The game is an arena based twin stick shooter. As usual the left stick controls movement, while the right stick fires. Your avatar comes under attack from zombies, asteroids, and various bright coloured shapes as well as a bomb spitting giant fish. All are very basic having no frames of animation, and simply vanish when killed. 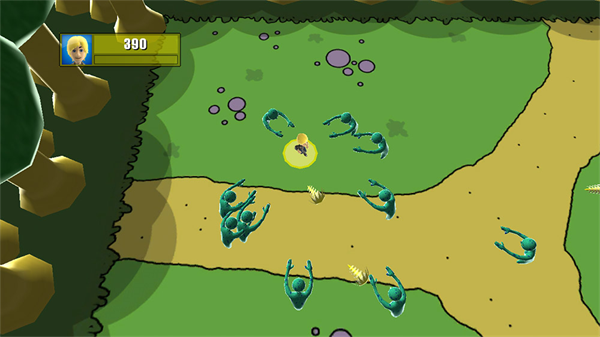 There are around four different stages which repeat to infinity. Starting off in a very colourful cartoony landscape you go to a table top, an American football pitch (complete with banners for the designers other Indie games), as well as a computer interface grid. After every four rounds you get a five second screen to relax, complete with sedate music. The music for the game is mostly generic action style, not at all memorable.

I got to round fourteen on my one and only playthrough. Each round isn't particularly long. The game didn't outstay its welcome, and was just as bad and cheap as I expected it to be. Only 80 Microsoft points, and is four player, the only problem being Avatars VS Zombies is just not very good, or interesting.

Posted by Daniel Simmonds at 04:52