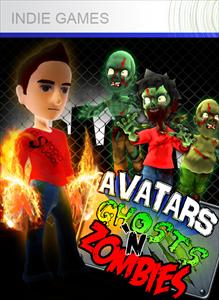 How I must suffer for my blog.  Avatars, Ghost'n Zombies is an XBox Indie game, costs 80 Microsoft points, and is as boring as Hell itself.

The game has a brief opening story of an alien invasion consisting of ectoplasmic ghosts. You are represented by your 'avatar' (which is cool) and your mission is to 'capture' all the ghosts, while killing the zombies. There are fifty seven levels set over seven different areas. The game is very easy, though I didn't see the end as a game killing bug bizarrely made the graphics disappear, but left movement and sound intact, rendering the game even more unplayable.

You have a variety of guns, each suited for different enemies. The red ectoplasm must be carried to an incinerator, the blue ones must be expanded till they explode, the green ectoplasm must be shrunk and then squashed, the brown and purple ones beaten up via fists, and the yellow kamikaze ones just avoided. Each gun has limited ammo, but there is an energy gun that can explode any colour. Zombies must be incinerated via your flame thrower. 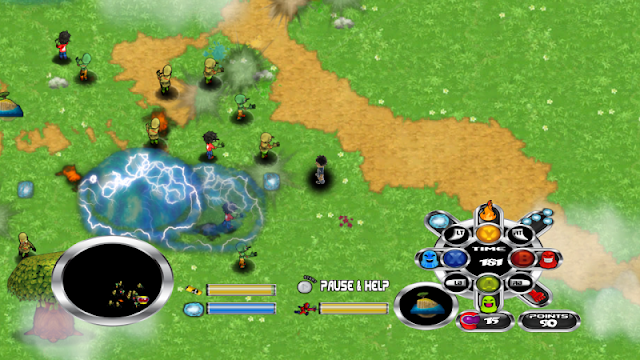 The game is played from an overhead perspective on a square map. Annoyingly the edges of the map are invisible, so you often find yourself bouncing off of nothing. The collision detection is truly dreadful, you rebound off objects as if there is a force field there. The game is really boring, and does not have enough ideas for its endless levels.

Avatars, Ghosts 'n Zombies is only single player which is a shame, as I could see the game being a small bit of fun if there was more than one player. The zombies only play a very small role in this game, the main enemy by far being the ectoplasmic ghosts. Very boring, not recommended!

Posted by Daniel Simmonds at 12:08