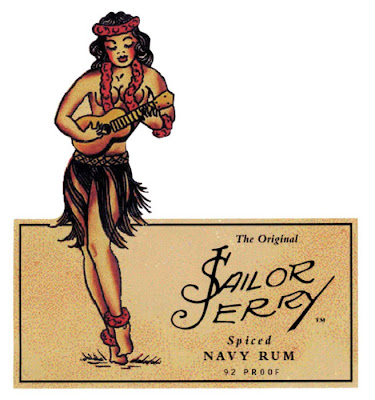 Sitting here drinking Sailor Jerry and Cherry Coke with Skull shaped ice-cubes on a Friday evening. Got me a new banner for me site! Thanks to the talented Dan Walker for that! I hope to redesign the rest of my site to fit in with the new look the banner hints at.

In Videogame news on X-Box 360 Indie Games a new Zombie game has been released for 80 Microsoft Points.  The game is called 'Avatars, Ghosts'n Zombies', have not played it yet, but looks like a twin stick shooter with your Avatar as the controlling character.  Out on Wii-Ware on the Nintendo Wii last week was 'Zombie Panic in Wonderland' a 3rd Person cutesy shooter.  Again I have not yet played it, that is 1000 Wii Points.  A few weeks back 'Castlevania: Rondo of Blood' was released on the Virtual Console.  This is a Neo Geo game that is highly regarded.  The game is also known as 'Castlevania X'.  This is 900 Wii Points. 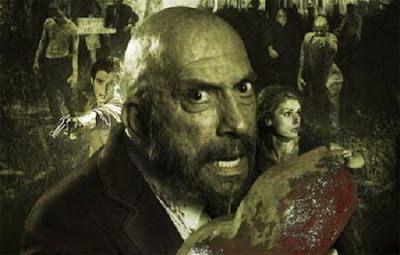 Onto film news! On the 17th April the Leicester made zombie flick of which I red-facedly cannot remember the title of is being shown once again.  It's not a bad film, so check it out if somehow you find out what it's called and, where it's being shown by tomorrow.  Recently released on DVD was Night of the Living Dead 3D starring Sid Haig.  It was made in 2008, the DVD comes with 2 pairs of 3D glasses. The 10th May sees the release of the film adaptation of the excellent Autumn book by David Moody.  It stars Dexter Fletcher of Gamesmaster fame, and also has David Carridine in surely one of his last roles before his humiliating death.

My blog is going to be more focused on zombie stuff now.  As of late I have gone outside the realms of this (such as reviewing frickin' Percy Jackson!) in an attempt to do daily updates.  There are a lot of much better  blogs out there, so I need to step up my game!
Posted by Daniel Simmonds at 13:13