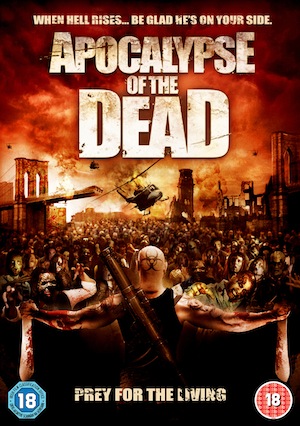 I noticed yesterday that I have not been as up to date with zombie posts as I originally intended to be when creating this blog. Despite owning over seventy zombie films, my zombie film reviews are few and far between due to my terrible goldfish memory. I brought Apocalypse of the Dead kind of by accident, as I thought I was getting George Romero's latest travesty Survival of the Dead, luckily it was a happy accident! Note that in America the film was released under the title Zone of the Dead.

The film is set in Belgrade, Serbia. A group of agents are tasked with taking a dangerous prisoner across the country so that he can be transferred to Britain. Unfortunately this occurs the same time the Serbian army are doing an 'exercise' in the area which results in the accidental unleashing of a green gas that turns all who come into contact with it into a flesh eating zombie. Pretty soon the agents, their prisoner (who seems to know more about the zombies than anyone), and some random civilians are holed up in a police station as hordes of undead batter on the windows. To survive they are going to have to work together. 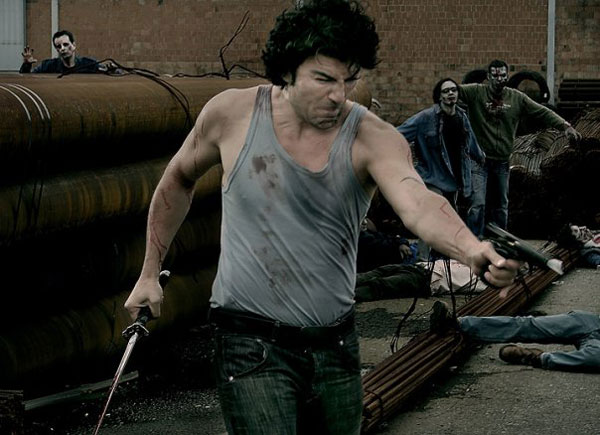 The film was released in 2009, so is quite modern in look, and the film is more professional than I expected with good zombie effects, and a rocking soundtrack.  Ken Foree (Dawn of the Dead) stars as an Interpol agent. He is looking his age in some ways, but despite being kind of tubby now, he is still real cool. The other acting is of various qualities.

Ken is one of the only naturally English speaking actors in the whole film.  Despite being made and filmed in Serbia the whole thing is in English. Some characters are good at English. Others look and sound like they are reading a language they do not understand, this is especially of note with the Presidents secretary. Her pronunciation of English is so bad that I really struggled to understand what the heck she was trying to say, I could only make out a few words of anything she said. The third set of actors are those who basically cannot speak English at all, these actors are dubbed...terribly! I can't understand how terrible dubbing can be, special note goes to the porter at the train station who has his back to the camera anytime he speaks! Hilarious. It was obviously made to appeal to an English speaking audience, but Serbian with English subtitles might have been preferable. 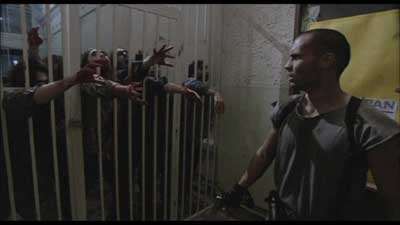 The plot is very generic, but this one of the things I really liked about the film.  With the exception of the evil biker gang/military unit all zombie conventions happen, such as one of the humans being bitten, later to unexpectedly turn, the survivor who has a panic attack and pulls down the barricades protecting the group etc. There are a few cheeky nods to Dawn of the Dead;  for instance when one of the survivors suggests barricading themselves in a Shopping Mall, Foree says something to the effect of "trust me, that would not work, eventually the zombies would get in" in a knowing way.

The zombies themselves are cool, and borrowing from the Left4Dead games there are even special infected.  The first victims to turn to zombies are able to run and climb, and have inhuman animal roars they can use to direct the normal zombies. The zombies are made up to look far different than just people in make up, they look like monsters. There is lots of cool violence with various body parts being sliced off, and various decapitations, as well as a severed head using its still attached spinal column to flap around on the floor like a fish. 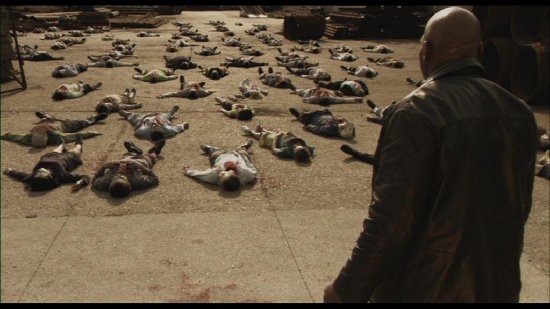 Apocalypse of the Dead was surprisingly fun to watch. Generic as hell, but I love that in the zombie genre. Do not be put off by the utterly terrible DVD cover art! It's misleading but less than the almost identical cover art for the awful The Zombie Diaries.