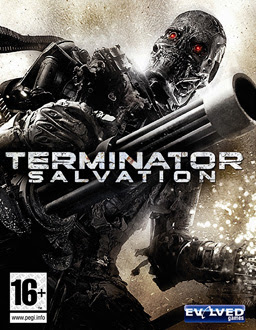 This game got pretty slated on it's release last year, mostly on the fact it is just too expensive for what it is. I brought the game for £5, that is why my review is going to be much more lenient on it.


Terminator: Salvation the game is a side story to the film of the same name. It is set before the events of the film. The plot involves John Conner who ignores a direct order from the Resistance to return to base after a botched operation and instead goes rogue, heading off into the depths of LA to rescue a friend of his called David on what is essentially a suicide mission. Along the way others join him, drawn to him by his determination that every human life is worth saving. 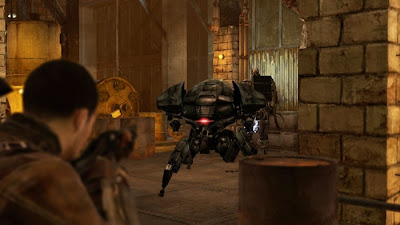 The game is a 3rd person shooter with on rail shooting sections mixed in. The enemies you fight include the iconic Terminator, and H-K, as well as new enemies made for the game (such as the main enemy type the Spider, and fast moving flying enemies called Wasps) Also the Harvester giant (featured in the film) makes a guest appearance. Each enemy type needs different tactics to take out, the Spiders for instance are impervious to damage from the front and must be flanked to attack from behind. The enemies in general are super tough with the exception of the Wasps, and for this reason there are not as many enemies as in other games of this type.


There is a cover system similar to Gears of War which is functional but not fantastic. The weapons sound fantastic, and have satisfying weight behind them. The on rail sections occur about 4 or 5 times, and are easy, but really fun, towards the end you get to pilot an enemy vehicle and get the iconic red screen with reams of text scrolling down the side; very cool. The music also is of note, the main Terminator theme tune is mixed into the games score and injects excitement into the levels, also the scary droning music appears when ever Terminators turn up which creates fear of them.


The game is only around 4 or 5 hours long (on hard mode), but it feels like a good length, unlike other short games such as Turning Point. The plot is nothing special, but is quite well done. It is a shame that the cut scenes are full of terrible screen tearing, and the John Conner character doesn't look like the Christian Bale version, but nevermind. Also the achievements are ultra easy to get, without trying I got 1000 points on my first playthrough (I finished the game in one sitting also!)


If you see it at £5 then there really is no reason not to get the game, it is fun, and exciting while it lasts.