There will be Brawl - Videogame Webseries Review 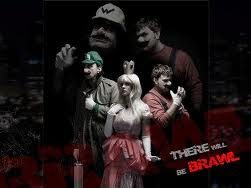 'Sonic looked back, and saw with fear a missile heading for him. It struck square in the back. Tendons and muscle tore as the missile dug through his insides, crushing, and churning up his stomach parts before ejecting itself from his belly like some grotesque caesarean birth. There were no rings to save him this time, for Sonic it was game over...'

Another day, another fan fiction excerpt. I do have a point with this though, There Will Be Brawl has a most excellent and bleak portrayal of the Mushroom Kingdom. Mario is an alcoholic, while Luigi has turned drug dealer. The City is under the control of several different gangs, led by Ganon, Bowser, Mee-Two, and King Dedede who are systematically being killed off by a mysterious assassin shifting the balance of power in the City leading to doom.

There are many characters from the Smash Brothers games in here. The usual Mario characters as well as others like Sonic, Samus, Liquid Snake, Kirby and many others, all looking fantastic and twisted versions of their cutesy selves. 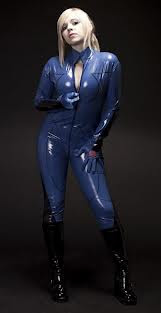 The show is live action, and is very dark and bleak. It is so over the top dramatic that it really comes across as hilarious considering the cute and fluffy material it's based on. There is lots of swearing, sex, drug use, and especially violence. The violence is varied ranging from Mario beating Donkey Kong to a bloody pulp with a mallet to a traumatic and poignant tragedy when Ash the innocent Poke-trainer boy and his Pokemon are senselessly blown up.

A must see. Most episodes range between 10 and 20 minutes, and there will be about 11 or 12 episodes in total I think. The later episodes are not as good as the earlier ones and the plot does get quite confusing.