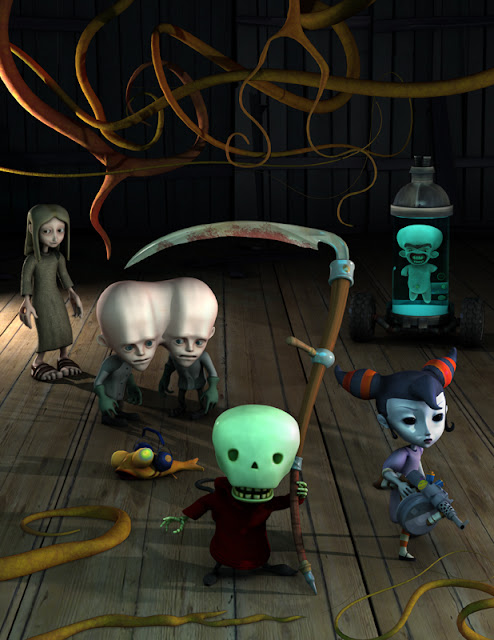 An update from yesterdays post. I have now completed Death Jr: Root of Evil. It was about eighteen levels long (including three boss levels). The game progressively got more difficult, and frustrating, and the locations turned quite bland. The last set of levels is all set in boring looking caves and forest areas, the amazing music turns into just ambiance, and the end of game boss battle doesn't even have any music!

Combat turned into a bit of a problem. Your melee attacks become less effective as due to lack of a block your energy bar can quickly get knocked away. Nearly all the enemies later in the game constantly throw powerful projectiles at you with scary accuracy, add this to some tricky platforming, and constantly respawning enemies and frustration appears. It would be fair to say that the main way I died in the second half of the game was by enemies cheaply shunting me off platforms to my death in lava pits. 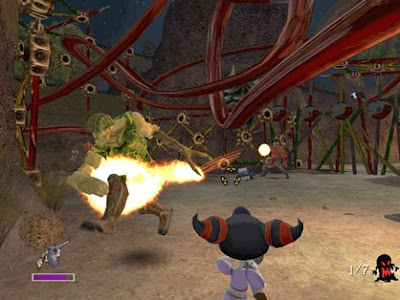 The game was good, but the first half is definitely a lot better than the more crowded and bland latter half, it's a shame there was such a noticeable shift in quality

Posted by Daniel Simmonds at 06:27