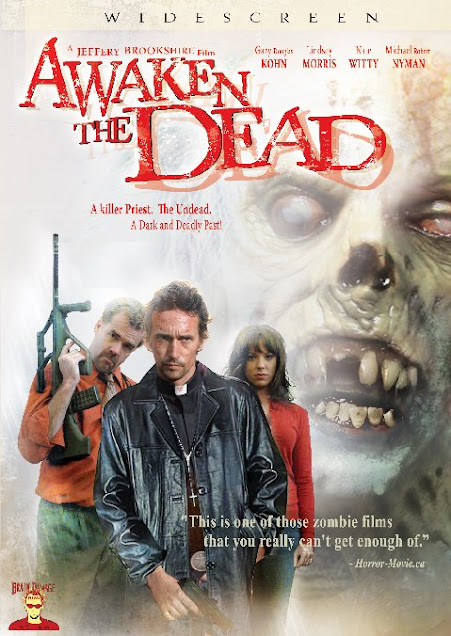 To be honest, most indie films are dreadful. Bad acting and badly shot films are almost never good. Awaken the Dead is a very good film though, and very original.


A young priest awakens to find a cryptic letter by his bed summoning him to the house of his ex-boss. Arriving there he is confronted by the boss's angry daughter. She too reveals she was left a note; hers telling her not to leave the house. Before long the house is under siege by hordes of zombies. With no TV, radio or phone signal the two are isolated from the outside world. Reinforced doors, and shatter proof glass along with a CD containing details of a secret government experiment leads them to the conclusion the 'Boss' had known a zombie outbreak was to happen, and so brought these two to the safety of his house. The priest notes there is a shady man in black taking notes outside the house, a man who the zombies ignore. Trapped from the outside world the two, along with a few random survivors from outside must find a way to survive the apparent zombie apocalypse. 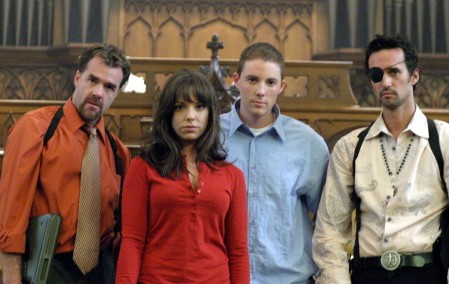 The film is a indie film, but looks amazing and unique. The film is shot in a grainy style, and all the colours are washed out making everything seem light brown and white almost. This gives the film a real dream like quality to it. I can't explain really how, but the theme of the film really makes the zombie apocalypse seem like an event designed purely to make the two main characters (both with shady, mysterious pasts) confront their demons and become better people as a result, like the whole apocalypse was really made with them in mind.


The acting is mostly of a good standard, and the music is fantastic. Most the tracks are from two different groups - a female fronted group called Jenae, and a more metal based group called Edible Clowns and the Gentle Fracture. Their music really fits the isolated feeling of the characters. The plot is quite interesting, and even brought to mind traces of Kill Bill in places. 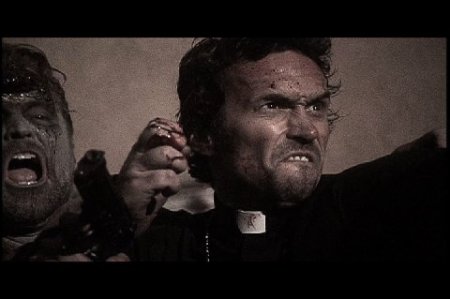 Awaken the Dead was really worth picking up, a really good indie film!

Posted by Daniel Simmonds at 13:00