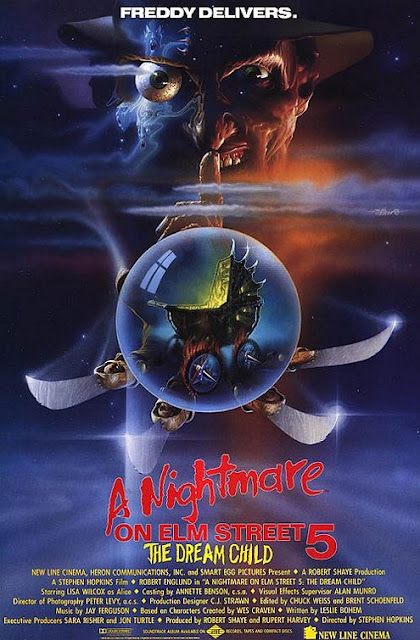 A Nightmare on Elm Street 5: The Dream Child is another good entry in the Elm Street series, surprise surprise. Alice (Lisa Wilcox) the survivor of The Dream Master, and her boyfriend return for this one. Freddy (Robert Englund) has gone, he can only return if Alice dreams him back, or so it seems. But Freddy manages to return and soon her friends are being killed off one by one. Alice realises he's using the dreams of her unborn baby to return, and as unborn babies dream up to 70% of the time (allegedly) her and her friends are in deep trouble. Salvation seems to lie in solving the riddle of what happened to Kruger's mothers body. 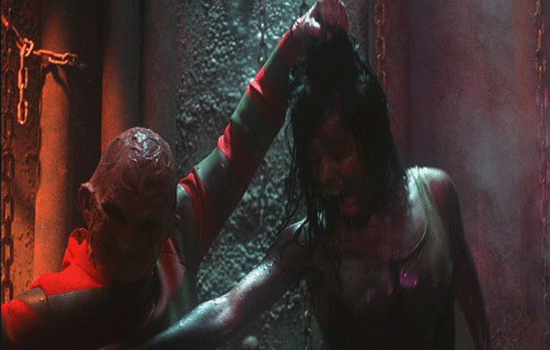 Yet again the deaths are the highlight here. Inventive as always. A man who is turned into a bike, someone turned into a comic book character, and someone force fed to death are some of the kills here. Freddy is as good as always, though just as unscary as always also. Established lore from previous films is explored, such as Freddy taking the souls of his victims, and the whole back story with his mother and the 100 maniacs. Every single Elm Street film has a really attractive main female character, this is no different.

Posted by Daniel Simmonds at 04:01