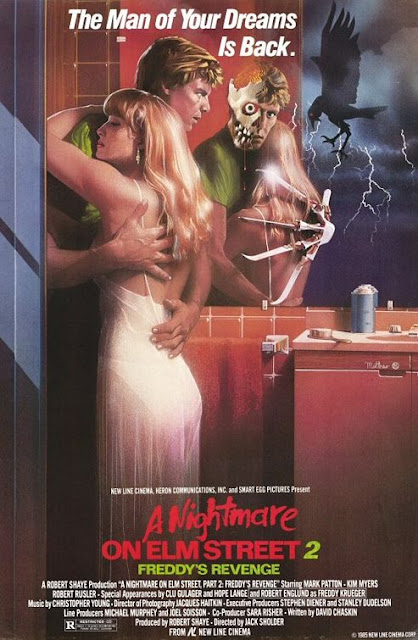 A Nightmare on Elm Street 2: Freddy's Revenge is considered the weakest of the series. I would agree. The film does something different to all the others, but is unsuccessful.

Jesse (Mark Patton - Amityville Clownhouse), a teenage boy and his family have moved into Elm Street. The boy gets frightening nightmares every time he sleeps. He finds Nancy's diary (the protagonist from A Nightmare on Elm Street) and realises that he is dreaming about the same man that she did, Freddy Kruger (Robert Englund). Soon he comes to the shocking realisation that Freddy is able to possess him when he sleeps and make him kill people. This all leads to an internal battle by the boy and Freddy for control of his body. 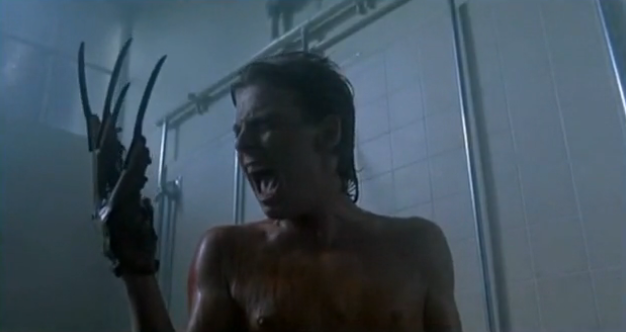 The film is different in that Freddy is actually out in the real world. As a result there are no inventive deaths as Freddy just kills with his claws for the most part, and also kills at random rather than for any rhyme or reason. Added to this is the fact that the boy is just unlikable, he spends most the film shouting at people and acting like a jerk to his friends. Some staples of the series come back, such as animals with human faces, and the obligatory dreadful twist ending.

Robert Englund of course is fab again, but that's about the only good thing about the film. Wes Craven had nothing to do with this film, and it shows. This time around it was directed by Jack Sholder (Arachnid, Wishmaster 2: Evil Never Dies), an ok film, but not exactly great.

Posted by Daniel Simmonds at 06:56