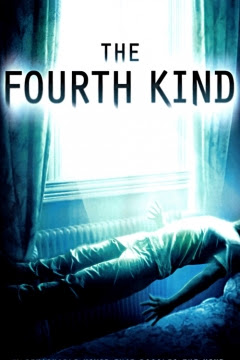 Now this is how you make a scary film. The creepiest film I have seen all year. The film purports to be based on real events, Milla Jovovich introduces herself at the start and speaks to the viewers. She explains that along with the film there will be real footage and recordings from the event used, and that "viewers may find some scenes deeply disturbing".

The film is a sci-fi thriller. A recently widowed lady; Dr Abbey Tyler (whose husband was murdered next to her as she slept) has returned to her job as a psychiatrist in Nome, Alaska. Many of her patients are experiencing the same nightmare. They wake up at 3am to find an owl watching them through the bedroom window, but the owl is not an owl, they seemingly all have false memories. An attempt to hypnotise a patient to discover what happened ends in tragedy. The chief of Police blames Abbey for creating panic in his towns people, and warns her against pursuing the strange cases. Then she discovers to her horror that a similar thing has unbeknown been happening to her as well at night. It sounds lame, but it is really creepy and unsettling. 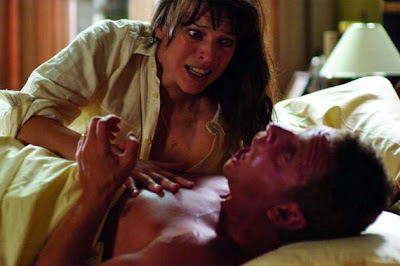 The film is shot with a mix of 'real' archive footage and recreation footage. There are interviews with the real Abbey Tyler, recordings of psychiatry sessions with her patients, and police footage, as well as the film made based on these facts with Milla Jovovich playing Abbey Tyler. At times both footage is shown together, 24 style screen splits showing the acted scene, along with the actual real footage. The film at times feels very heavily like a Blair Witch Project if it had been filmed in a small Town rather than remote forest. All the tension of that film is recreated. It is often said that what is not shown, but implied can be more creepy than actually showing events. That is very true for this film. The whole carrot on a rod being what actually happens to these people is never implicitly revealed, or shown which makes it all the more creepy if your imagination is good.

The film did drag to begin with, it was a good 20 minutes before I could start to get into the film. The film keeps silent as long as it can on what is happening to these people visited by something strange at night, but the films title alone gives it away (not a spoiler to say it is a film about Alien abduction). I can't help feeling if they had kept the whole Alien angle a secret it would have been more effective. The best way to really get the most out of the film is to forget the 'real' footage is fake, made for the film, and instead let yourself to believe it is real, and that these events may have actually happened. 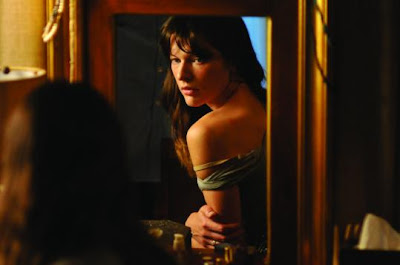 I enjoyed this. Well enjoy isn't the word, but as a piece of horror this really should give you goosebumps.

Posted by Daniel Simmonds at 06:00