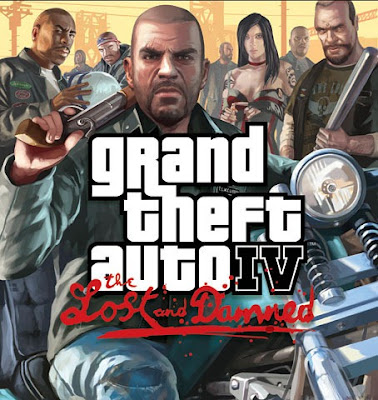 First off, I know this isn't horror, I apologise, it is violent though, so kinda fits in to the site...perhaps?

The Lost and the Damned is the first of the two downloadable episodes for Grand Theft Auto IV. I played TLATD in 2 parts, Half was played back at the start of the year when it was first released. The second play through was quite recent. 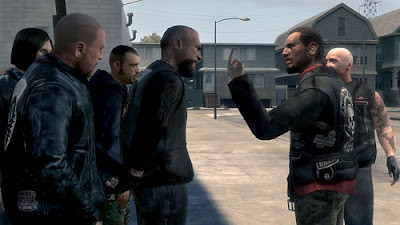 The episode sees you as a biker called Johnny Klebitz. You are second in command of a violent biker gang called The Lost. The game opens with the leader of the gang released from prison and resuming command. Tension immediately erupts over Johnny who is the moral voice of the group, and the released leader who seems determined to make enemies out of everyone, and make The Lost self implode in the process. The game occurs the same time as the first half of Nico's story in GTA IV, and at times the story lines cross over, with missions from IV occurring from a fresh perspective.

I really hated this when I first played it back in February. I had only recently finished GTA IV at the time, and was a bit sick of the whole thing, and worn out. The missions felt a lot harder to me, and seemed to just involve driving to a location and killing everything there over and over again. Due to being in a biker gang, the motorbike is the default vehicle. It's built like a brick wall, so you wont be falling off too often, but I felt less protected than when I was Nico in a car. The new story is much more dark and gritty than previous, and is full of violence and swearing. 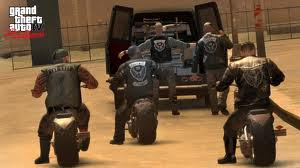 Playing this after a half year break has made me realise just how much I actually do like the games engine, the city is a fantastically made place, and the physics for the vehicles are very enjoyable. I really enjoyed the missions, I don't know if they just picked up, or if I was just tired of the whole system in Feb. Missions involve shooting lots, but also other varied things. One mission sees you abducting Nico's brother in a cool cross over, another mission finds you being chased by what seems to be Liberty City's entire police force;. your on the back of a motorbike firing a gun at the chasing cars and helicopters, very fun and satisfying. The last mission in particular was really fun (slight spoilers, but it sees you and your gang breaking into a very heavily defended location).

This new episode sees new things to do in addition to the main missions.  Like the car finding missions in the main game you get a load of bike finding missions, there are gang war missions (I never actually tried any of these) but best are the racing missions. These see you race against 9 other bikers around a plotted course. In a cool move though you are armed with a baseball bat as are the other racers, so the whole thing feels like Road Rash. 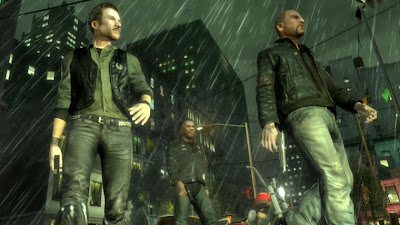 There is additional music for this episode, involving classic biker rock tracks as well as additional shows and recreational activities you can do. Obviously there are lots of new achievements to unlock as well. Enjoyed this, it is worth the download price, and extends the reason to visit Liberty City.

Posted by Daniel Simmonds at 07:00

Seems a bit of a weird score considering the bulk of the review, which is largely positive. Hardly even mentions the new multiplayer though, which is a shame.

I find it REALLY odd that GTA IV got 10/10, and this one got 8/10 when pretty much the only complaint was that it was similar in mission structure to the aforementioned game which recieved full marks.

EG are really screwing up their review scores recently.