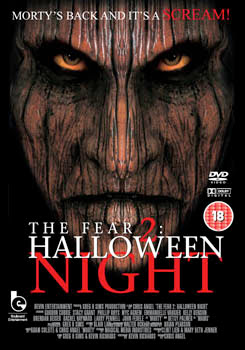 I've never seen The Fear. I did a quick search on Wiki, but it's such a famous film that there isn't even a page for it. Though this sequel is a self contained one, it would have still been nice to find out what the plot for the original was (update: seems the first film took place in a psychiatric hospital.

Fear 2: Halloween Night is a ridiculously bad slasher. But despite the terrible acting, and awful effects the film is really quite entertaining, and inventive. Basically some guy is having a Halloween party with his best friends at his Grandparents house. He has told his friends all to dress up as their biggest fears. In actuality he is actually going to perform an Indian ritual to conquer the 'Fear' which has been in his family for generations and which leads to them becoming mass murderers. An ancient Indian wooden Mannequin nicknamed Marty is to be used in the ceremony. The effects for Marty are terrible, it is so blatantly a man in a rubber suit, rather than the wooden figure it is supposed to be. One scene early in the film the statue is visibly blinking in the background of a scene, which is just cringe worthy to watch. 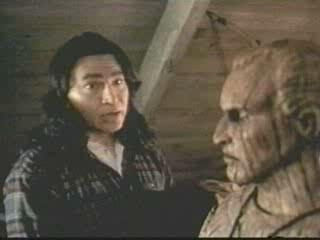 The film has massive plot holes everywhere, terrible acting, bizarre character reactions to situations, however it is darn entertaining, and well worth a watch.

Posted by Daniel Simmonds at 04:24