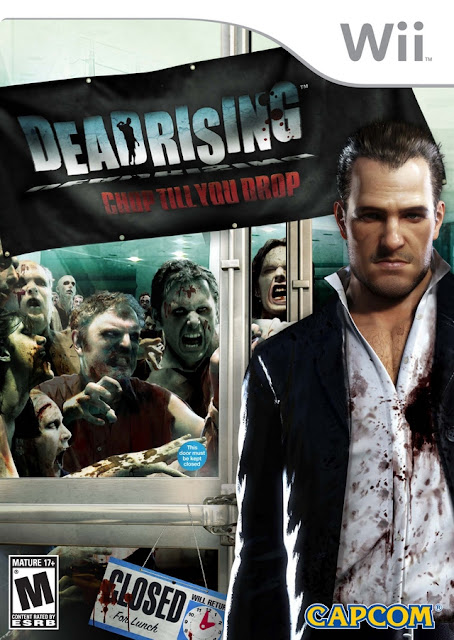 Dead Rising: Chop Till You Drop is a vastly different kind of game to the original version of Dead Rising. What is cool is how it has changed to fit itself onto the more casual Wii system, and as a result feels like a completely different game.

The story is exactly the same as before. A zombie plague has been unleashed on a small American town. You play as Frank West a journalist who has headed to the town (more specifically Willamette Mall) to investigate and try and get the scoop. Once there you uncover a plot involving terrorists, and about a town called Santa Cabeza. So far so similar. 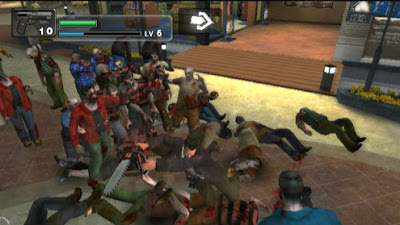 Obviously the graphics are no where near as good as the X-Box 360 version, and the amount of zombies on screen at any one time is far less. There is major fogging for the zombies, they can pop into existence in spaces were seconds previously there was nothing. To make up for this there are many different types than the 360 version. As well as the zombies there are also enemy poodles, and even parrots who fly overhead and drop hand grenades on you. Quite a few of the psychopaths from the 360 (psychopaths were Dead Rising's version of bosses) are now instead super zombies. These super zombies are stronger and have powerful attacks compared to the usual zombies. The butch police woman is now a giant zombie armed with powerful tasers, and the Vietnam veteran is now a zombie armed with 2 machetes who charges at you for example.

The whole original game was very time based, you had to keep to a strict time limit to progress the story, and lead fellow survivors to safety. Time is no longer an important factor, the different sections of the game are more level based. Usually you will have a story mission, then a variety of missions were the aim is to rescue a specific survivor. Breaking the structure down like this lends the game a far more arcade like feel. You get a grade for each mission you complete, and are gifted accordingly. 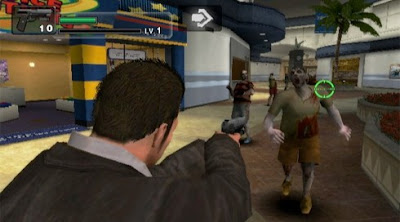 This game guns play a far more important role than melee weapons. You have your guns mapped to the D-pad and use the Wii-mote to aim a reticule at the screen in an over the shoulder Resident Evil 4 type of way. Ammo is plentiful, most zombies when killed leave behind either ammo, or money. Otis the owner of a gun store can be visited at any time. In his shop you can buy new guns, as well as upgrade how much ammo you can carry for each weapon, and buy books which teach you new special moves.

Levelling up still occurs. This time it is less important. You get either more item slots (all accessed via a menu screen rather than the 360's real time selection), and a bigger choice of books to buy at Otis's shop, and that's about it. Health upgrades are done via mixing won protein supplements with juice, so levelling up is not needed for that. 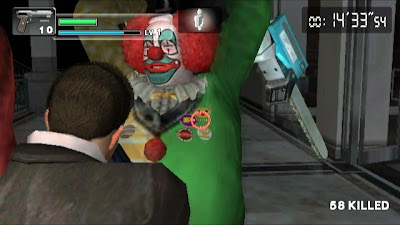 The game is still as violent as it was before, and includes some new weapons, as well as removing some others. The game features all the cut scenes of the original and has the 'Overtime' bonus mode incorporated to the end of the game rather than separately selected. Due to the focus on guns the boss battles are far more easy. A particular highlight was the fight with the convicts in the park. The 360 version of this fight was quite tough, this version has the whole fight take place as an extended quick time event, and as a result is quite fun.

After the game is finished there are lots of extra missions available to try (titled 'Odd Jobs') such as running down a certain amount of zombies in the underground tunnels, or killing a certain amount of zombies just using the football weapon. These are a nice bonus. I recommend this game, even if you own the 360 original. It is different enough to warrant a purchase.