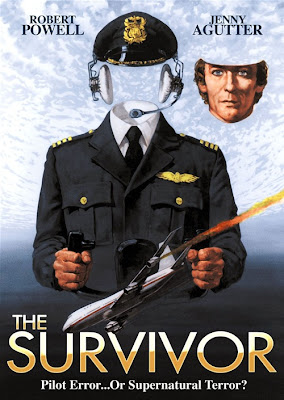 Another daily update, no zombies in sight for this one. The Survivor is an 80's supernatural thriller made in Australia. The first 20 minutes of the film had no dialogue, I nearly turned it off, it was real boring.

Basically an Aeroplane crashes into a field outside a Town, then explodes. It looks like all 300 passengers aboard the plane have perished, but while the emergency services tackle the tragedy a lone man walks out of the devastation. He is the plane's pilot, and only survivor of the crash. He is miraculously unscathed, but has no recollection of what happened, or how he came to escape completely unharmed. 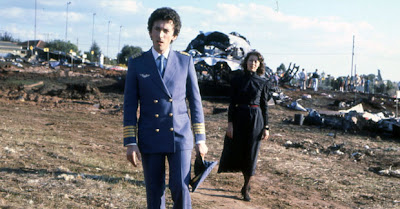 In his search for the truth he meets up with a psychic, a lady with the stupid name of Hobbs. She reckons she is able to hear the cries of the angry dead and that with the pilots assistance she will be able to help solve the mystery and let the souls of the planes dead rest.

The film is ok, more thriller than anything else, and it does keep you interested with the mystery of what happened to cause the plane to go down. There are a few ghost influenced deaths in the film, but at times the ghost deaths seem almost like a sub-plot to the main story. An ok thriller, but showing its age now.