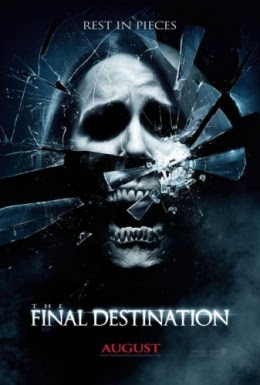 Saw my first 3D film, apart from a brief adjustment I found them to really accent the movie going experience. The glasses fitted fine other my normal glasses which was cool. 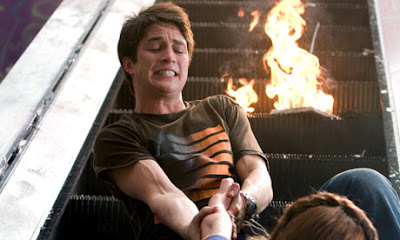 If I got one message from the film it is that Life is futile, the human body is amazing fragile. You cannot escape fate, once marked for death you are one of the walking dead.

Like the previous films in the series the plot is thus; A group of people avoid a tragic accident due to one of them having a vision and saving them. Final Destination had a plane crash, Final Destination 2 had a car crash, 3 which I didn't see I assume had a roller coaster crash. In this one a crash at a racing stadium ends with racing cars exploding and flung into the spectators. The survivors are happy to be alive, but one by one they start to die in horrific accidents, and they realise unless something is done there all going to die for cheating fate. 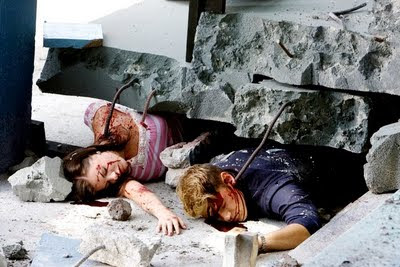 The plot is identical, the characters are kinda similar as well, but is still a good ride, and made me quite freaked out watching it, just how easily accidents can happen, and that everyone is marked by fate to die at a specific place.

See it! You should, it's not going to hurt your brain cells, but is a cool ride.

Posted by Daniel Simmonds at 04:13