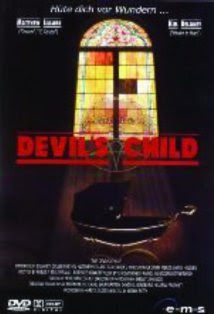 First of all - hahahaha! This film is terrible! Heh, ok I got that out my system. This is quite a low budget supernatural thriller.
Basically a girl called Nikki is told by her mum on her mum's death bed to beware of miracles. Soon after a load of weird stuff starts happening. Her mum 'explodes in a church' as one character describes it, her work enemy is mown down by a driver less car, a dog in her apartment commits suicide, and a mysterious and attractive stranger called Alex enters her life. 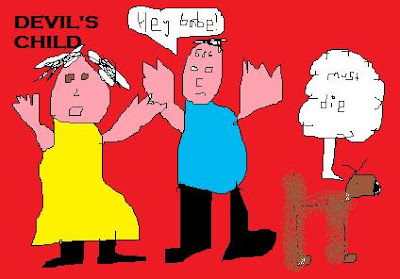 The film is stupid! It does co-star the excellent Matthew Lillard (of Scream, and 13 Ghosts fame) though. It turns out Alex is in fact the Devil. When Nikki was a young girl she had an accident and died. Her mum made a deal with the Devil to resurrect Nikki in exchange for promising the Devil that he can father a son with her.
The film is really rushed in the last quarter. From getting pregnant to having her child takes literally about 10 minutes of screen time, yet theres no indication that any time has passed at all. It seems strange Nikki would carry on living in her apartment opposite the flat of the man she is terrified of for the length of the pregnancy, especially considering she discovers earlier in the film the previous tenant of her flat was buried alive in the wall (a sub plot completely abandoned).
The film has a good soundtrack at least, and some cool generic female fronted rock (played in the background of a hilariously bad 90's photo shoot). I got this on DVD real cheap, so can't complain, and it was kinda funny, though unintentionally so.