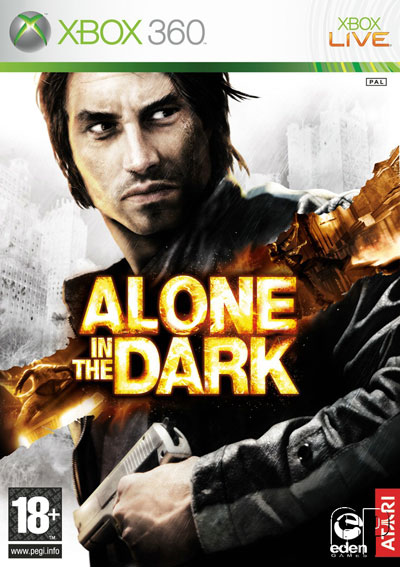 My god... Alone in the Dark is awful! I picked it up at a bargain price, but wish I hadn't. It's frustrating to see the promise this game has, but that promise is too soiled.


Like the previous games in the series this is a survival horror game. The Alone in the Dark games have always been a bit crud. The last game Alone in the Dark: A New Nightmare was ok, but the second half just collapsed into monotony. This game just plain collapses right away. 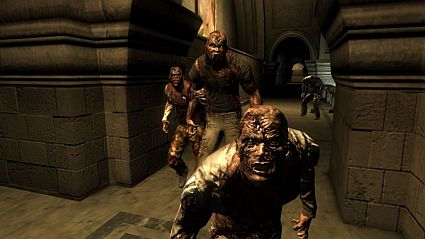 I cannot believe that this game was ever play tested. The controls are utterly broken, as is the games engine. First the story. The game starts off quite exciting. You are Edward Carnby, suffering amnesia and captured by a violent gang in a hotel in central New York. Something has been unleashed in the hotel, a dark evil that soon starts ripping the hotel to shreds and inadvertently freeing you from your captors. The first thirty minutes of the game is an exciting descent through the ruined hotel followed by a tremendous chase through the streets of New York as the ancient evil gives chase, smashing up roads and buildings like something out of Cloverfield.


This would have been great if not for the games dreadful flaws. Within minutes of starting the game I had managed to get completely stuck in the scenery, a reset was the only way out of this. Many times the controls just totally fail, not responding to button presses seemingly at random. For a lot of the game (am about half way through) you have a stupid A.I character getting in your way. Though a physically small and slim character there is an invisible barrier to either side of her meaning you cannot get past her if she's in your way despite there being lots of room to do so. This is very annoying when you're being attacked by a zombie (zombie type creatures are the main enemy, as well as mutant insects and rodents of various types) and a weapon is just past her. 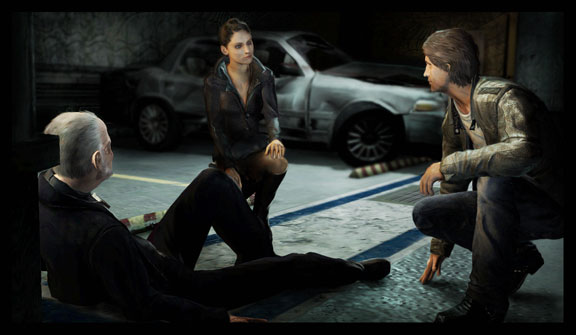 The damage bar is really something else. You physically show injuries on your body, cuts and scrapes which have to be healed by spraying with a health spray. But the wounds are totally flat, and show over your clothes, for instance your bulky leather jacket suddenly gets a hilariously bad looking flesh wound on it looking in no way like its anything real. The tears and rips in your clothes regenerate over time, as do windows and objects dotted round the levels which is stupid.


The inventory is tripe. Your inventory is represented by the inside pockets of your coat, it is very difficult to select the item you want due to the analogue sticks terrible controls. 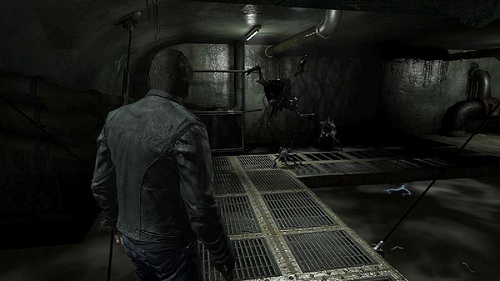 Fighting is horrendous. You have to use the right analogue stick to simulate the attack, it is very unresponsive, slow and cumbersome, a simple button to attack would be much preferred. Sometimes you get a driving sequence, the car controls are terrible, and it takes hardly anything for your car to flip upside down leaving you stuck until you die.


A level skip feature was put into the game, obviously as Atari realised how crap the game was and wanted people to be able to skip the bad sections (i.e.: all of it). I cannot recommend Alone in the Dark at all, even if you saw it for free I would say avoid, it is rubbish. Even if your a huge survival horror fan avoid it! It does have zombies in it, but they are not worth suffering this crap to encounter.