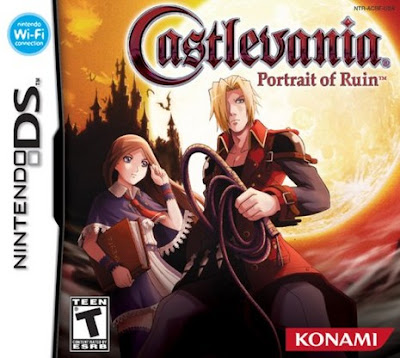 Castlevania: Portrait of Ruin is the second Castlevania game to turn up on the DS, and about the billionth Castlevania in the series. Like the previous DS and GBA ones it is a Metroidvania, meaning that the game takes place in one huge level - Dracula's Castle - Castlevania. Unlike the others though, this does feature mini levels.

The game takes place during World War II. The amount of death and suffering in the world has summoned Castlevania which is certainly an interesting concept. Two people head to the castle to defeat Dracula as their ancestors have done before. There they discover that Dracula is not about, but instead a vampire named Brauner has used his painting magic to seal off the dark lord's power and taken control of the castle for his own end. 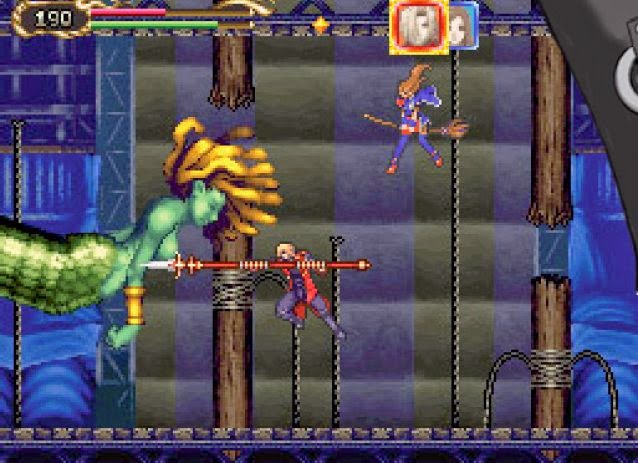 The game is a platform RPG like before. You control 2 characters - a female magic user, and the Belmont like whip using character. They can be switched about at the press of a button, and can do combo attacks. Items and spells hidden around the castle help you power up, and level up. Much of the game takes place in Brauner's various paintings, so as well as the typical Castlevania locations (eg: clock tower, dungeons) there is also fresh locations such as pyramids, and a circus of the damned. The level based nature of this game was a disappointment at first, but really it is still the one big level, as all can be revisited anytime to find new secrets, items, and hidden areas. The bosses as always are fantastic, and feature many of the usual suspects (including Dracula's henchman Death).
The music is ace, the enemies are the same as usual but cool. The game is about 10 hours long. Lots of replay value due to various fun sub-missions given to you by a ghost, additional characters to play the game as, and a cool boss-rush mode which features many of the bosses from the previous DS game. 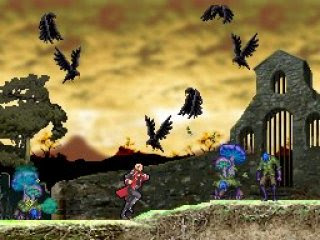 Another fantastic entry in a most spectacular series!