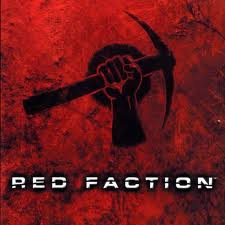 Recently re-purchased Red Faction for the Playstation 2. I had it in the past, and really enjoyed it with its 'destructible' environments. This time I literally had to drag myself through the game, it was so hard! I was saving my game after nearly every single bad guy I killed. I'm sure I must have accidentally played it on hard mode, heh, least that would make me feel better about my struggle.

You play Parker - a miner working on Mars. The miners are hideously treated by the Ultor corporation, and theres been increasing signs of revolt by the brutalised and over worked miners. Minutes into the game a miner snaps and attacks a guard, initiating a total riot. A secret underground organisation called 'Red Faction' uses this to strike at the Ultor corporation. Most the game sees you taking orders from the Red Faction, going to various places to investigate a man made disease which is sweeping the colony.  Look; there are zombies in the game, sure the game is pretty much all sci-fi so doesn't really fit in this blog, but it has zombies in one section of the game! 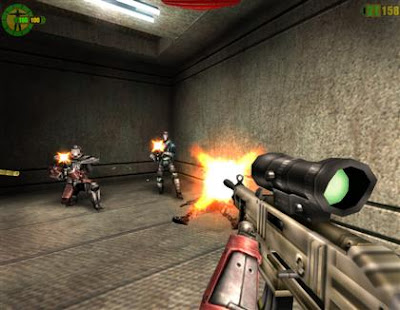 The game is kinda Half-Lifeish in that there are no 'levels' as such, but is just one massive pretty linear level, it's quite cool. Mainly you fight Ultor Security forces, and a Mercenary group stationed on Mars. There is a variety of weapons as standard - machine guns, pistols, rocket launchers. The most annoying weapon is the Rail Driver, it's a one hit kill, so many times an enemy miles in the distance will pixel perfect take you out before you even know they are there. You also get to drive vehicles, theres ground based vehicles, as well as flying ships, and submarines, all heavily armed.


The game is hella cheap now, I think it cost me about £2. It is a really big game for an first person shooter, so is value for money.

Posted by Daniel Simmonds at 08:44