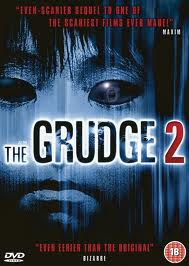 I've had this for the longest time. A friend of mine is always moaning at me for not watching it, but I thought the original Grudge film was utter tripe, so had no desire to watch the sequel.


I watched the American sequel and loved it. Amazingly this is even better than that! I am so surprised at how good this film is. The plot is really clever, The film is split into about 6 different stories. A film crew has visited the haunted house of the first film. Each story focus's on a different member of the crew and cast, and ends with their gruesome and terrifying demise. It is really clever in how the stories entwine, seemingly events are shown in random order, but it all comes together to make sense in the end, and is damn creepy! 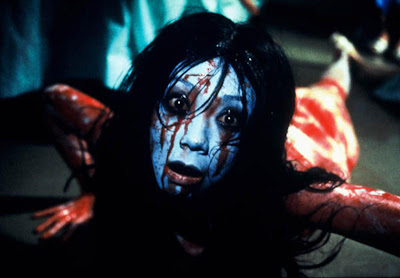 Don't let the poor original put you off. This is a damn good film, a really good Asian horror, and real creepy, I'll be having nightmares for sure!