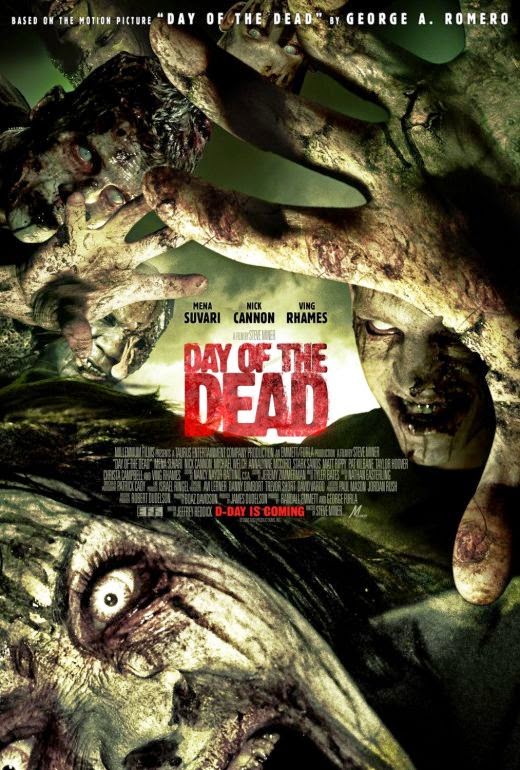 Day of the Dead (1985) is one of my favourite films of all time. It is definitely the best zombie film in existence. The idea of a remake horrified me. The Dawn of the Dead remake was good, and that was mostly due to the fact that it had virtually no similarities to the ace original. The Night of the Living Dead remake was not very good at all. This was because it was near identical to the amazing original. Which path would this remake follow? Would it be a pale imitation, or would it run with the themes of the original and be a totally different film?


As the film started I watched in horror, the film seemed to be a complete joke, ruining my fond memories. But then I started to realise - sure it was an insult to have the same title, but as it's own film it was entertaining, and also quite original. 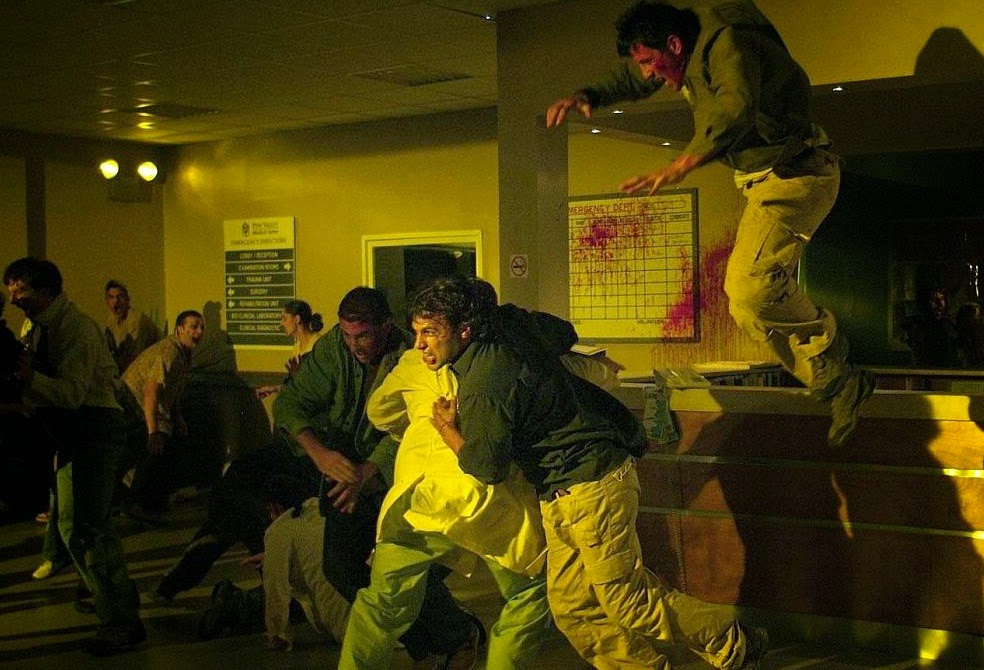 The film is a stand alone one, not related to Dawn of the Dead (2004). In this film a small town has been put under quarantine by the American government. The Army have set up roadblocks around the town. No one is allowed in, no one is allowed out as there is an airborne virus in the town. It starts off with flu type symptoms (swine flu?) this is then followed by death, and zombie resurrection. A small group of young survivors who find themselves immune must find a way to escape the horror.


Now for the weird bits. The zombies are runners, as is the vogue nowadays. They also have some intelligence. zombies play dead, set ambushes, and are able to use guns. They also have super powers. zombies crawl along ceilings, have immense strength, and can jump really damn high, which reminded me of the old Fulci Italian zombies. This looked quite ridiculous at first. When the infected turn into zombies they literally do with no gradual change; when infected the victim rots in super quick time, as in a few seconds they go from healthy looking, to green and rotting. 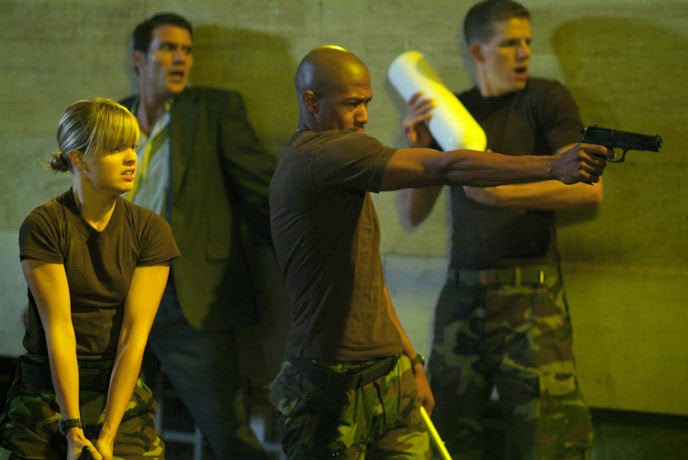 The film has plenty of gore, and has nice nods to the original without being an awful parody of it. There is an underground bunker involved, as well as a similar character to the almighty Bub (the character in this film is called Bud). So yes, recommended, ot also helps the main female character (played by Mena Suvari) is hot!