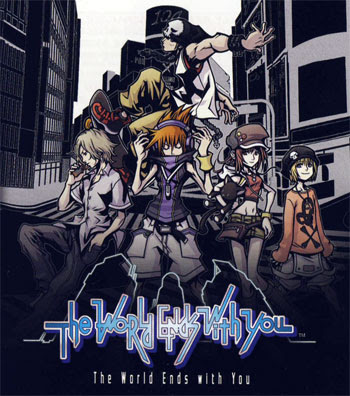 At first glance this game may seem unworthy of being on a horror blog, as it progresses it becomes apparent there is more here in common with the genre then at first glance.


This RPG is set in modern day Japan. It starts with you as a teenage boy called Neku who wakes on a road in his home city with no memory of how he got there. Though the streets are packed full of people he seems invisible to them, unable to get anyones attention. A weird sigil appears, out of this sigil crawl weird monsters which look like graffiti. Before his eyes a whole bunch of people are seemingly deleted from existence by these monsters. As he is being attacked a teenage girl turns up, she makes a 'pact' with Neku and they both become able to fight the monsters by teleporting to the monsters realm. 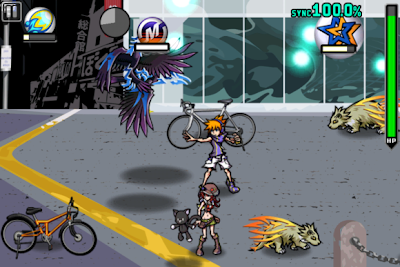 Not going to spoil the story, but it turns out that Neku and the girl are in some sort of contest. The contest takes place over 7 days, with each day a different cryptic mission is given to them. Complete the mission and they get to see the next day. Fail the mission and they will be 'deleted'. The only people who they can talk with they find are other players of the game, as well as Reapers who are in on the game, and try to impede the players progress as much as possible.


The main progress of the game is to go to different areas in the City and 'scan' for Noise, Noise being the games monsters who are attracted to negative vibes from the City folk. The different areas are usually shut off by Walls - invisible barriers. To get through these you must complete individual challenges the lesser Reapers set you.
The game is very hip. Fashion plays a big part in the game, different fashions granting different status boosts, Pin's are the main form of attack. On the DS's bottom screen you control Neku, via the stylus. Pins grant you different attacks, and you can choose any combination. The top screen has the 2nd character (who ever they might be at the time) they can be controlled via the D-pad. Luckily the A.I takes control of the top screen if your not putting in any commands, so it's not too confusing having 2 fights going on at once. The music is real cool, lots of J-pop style songs, and hip hop flavoured ditty's.


The plot is quite deep, and brings up questions on life, death, friendship and morality, there is a lot of text, and the story twists and turns nicely, and goes quite dark in places.

Posted by Daniel Simmonds at 01:00