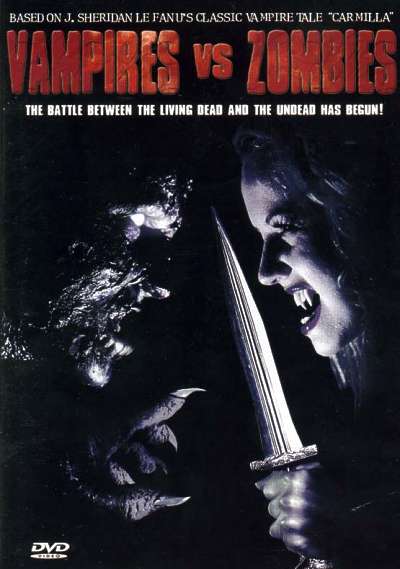 This is one bad film, it is terrible! It made no sense, nothing happened at all, really confusing!

The 'plot' is as far as I can tell that theres been some deadly flu epidemic which has swept the globe. The vicitims either turn into brain dead zombies, or into Vampires. Unlike most post apocalyptic films the world is pretty much carrying on as normal. People still work, money still has value, zombies are not seen as much of a problem. A man and his daughter are on a car journey somewhere, they pick up a girl called Carmilla, and thats about it for the story.
My problem with this is that first of all Vampires are not VS zombies at all, if anything they are on the same side. There seems to be 3 differing realities going on, none of which makes any sense, the acting is terrible. Despite all this, the film is so bad it's good nearly. If you see it cheap get it, otherwise... avoid like the plague!
Posted by Daniel Simmonds at 15:20