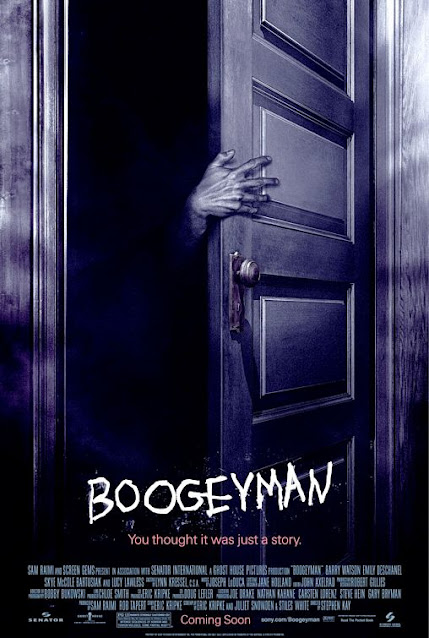 My life is the nightmare at the moment, so it has been good feeling more up to watching films, than doing real life stuff. I saw two horror films today, one good, and one not so good.


Boogeyman is a film about a man who has had mental issues his whole life due to the apparent kidnapping of his father by a closet 'boogeyman' he saw when he was 8 years old. Upon learning of his crazy mothers death, the man returns to his hometown, and to the house where he witnessed his fathers' capture. That's about it for plot, needless to say, it turns out the Boogeyman is very real, and not his eight years old self's explanation for why his father left. One by one his friends and family get picked off by the Boogeyman until with a young girl's (Franny) help he realises he must confront his fears if he is to stop the monster. 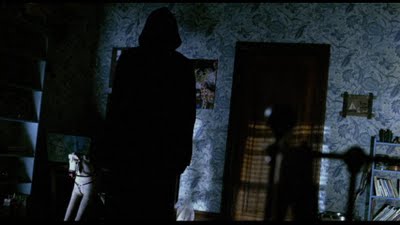 The film was ok, not fantastic, though at times does demonstrate a messed up kind of reality. The Boogeyman itself is all CGI it appears, and looks really generic and boring. There is no violence or gore, all the people who are taken by the Boogeyman are just never seen again.


So I wouldn't really recommend buying Boogeyman, though it has made me interested to see what the original was like (this is a re-make of a 70/80's horror). 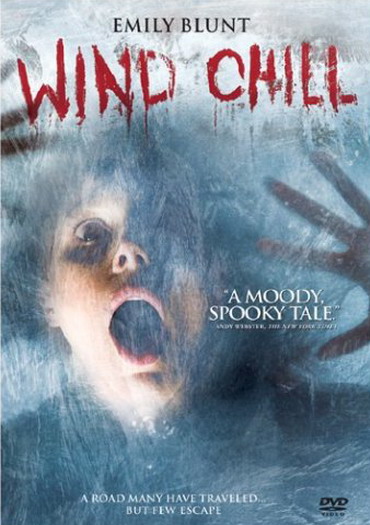 Wind Chill on the other hand was quite good. The film has hardly any characters in it, mainly focusing on a college boy and college girl.


A girl catches a lift home for the Christmas holidays off a fellow student, but one who she doesn't know. As they travel the boy acts oddly, and gets the girl thinking that perhaps he has ulterior motives for giving the her a ride. This seems to be the case when the boy decides to take a side road off the main highway and heads into a snowy, remote road leading through woods. Before she can confront him though a hit and run driver causes them to crash. With the car completely dead the couple have no choice but to spend the night in the freezing car as a blizzard rolls around them. Strange apparitions soon make them both realise there is more to fear than each other. 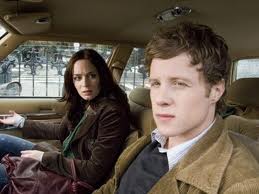 The two main characters are excellently cast, the boy is a strange stalkerish geek, with the girl being a head strong but slightly bitchy character. The film starts off as a thriller, and is at its strongest as such. After this it turns into more of a ghost story, but still entertaining. The characters are both likable enough that you do want them to survive the events they find themselves in.


Despite nearly the entirety of Wind Chill being set in the broken down car it never gets boring, it reminded me of a New Zealand zombie short I saw last year, the confined space of the car amps the tension. Recommended, original, though similar atmosphere in it to the good 'Dead End'.