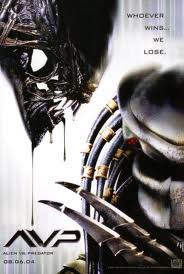 I recently saw AVP: Alien VS Predator on DVD after years of putting it off. I admit I'm not that big a fan of the Alien films, I find them too slow paced to tell the truth, and the only one I liked was Alien: Earth Hive, and that's a book, not even one of the films (alright, so I did enjoy the Alien3 Megadrive game also). As for Predator I thought the second film was lame, but did enjoy the first one, and the Batman VS Predator comic book.


Onto Alien VS Predator. I think crossovers are a neat idea in principle, Freddy VS Jason was amazing if simple fun. I thought this film was ok, but not something I would ever watch again. A massive temple buried under ice in the Antarctic is discovered. A team of explorers heads there to investigate, as do a team of Predators. It turns out once every hundred years young Predators head to the temple to do battle and test their Predator-ness. Deep underground an Alien Queen is chained up in a block of ice, and unfrozen by the Predators every century to produce Aliens for the Predators to do battle with. 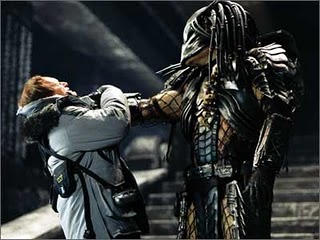 The story is silly, and ridiculous, ending up with a damn annoying female teaming up with a Predator to battle a Alien Queen, totally silly dumb fun. I can't see fans of either the Alien or Predator series getting any satisfaction out of AVP: Alien VS Predator.