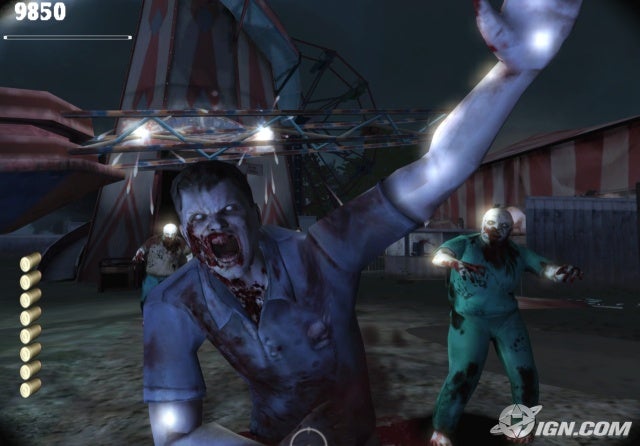 February is the month of zombie games! On the 13th Feb (and my birthday) there is House of the Dead: Overkill coming out on the Wii. I have also ordered the offical House of the Dead: Overkill Hand Cannon gun attachment for my wii-mote. Really looking forward to that. The gun should enhance my experiance of the fantastic Umbrella Chronicles as well.

On the 27th Feb comes not one, but two Onechanbara games! One for the 360, and it's sequal for the Wii! Both at budget prices, so I have ordered both. The Onechanbara games pit you as a
bikini wearing, sword weilding 'babe' against a literall army of the dead, they sound great!

Also on the 27th Feb comes the long delayed Silent Hill 5, I am a massive massive fan of the Silent Hill series, so despite mixed reviews am damn looking forward to this! I'm still annoyed that the game was delayed by near 4 months in the UK just so that it would compete with Resident Evil 5 (Whats the point?).

Lastely we have had the announcement of Dead Rising 2, this one seems to be set in a Las Vegas style setting, should be great, the first one certainly was.
Posted by Daniel Simmonds at 12:38