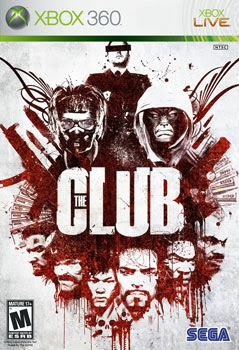 The Club is a vastly under rated Sega game on the X-Box 360 and PS3. It is a 3rd person shooter and feels much like Manhunt on Speed. The game is very arcade like, and score obsessed.

The game features over 100 short stages which involve various different challenges. There's Gauntlet where you have to get your character from the start of the level to the finish before the time limit expires, there's Sprint which is basically the same, but no time limit. Siege places you in a section of a level where you must survive against hordes of enemies until the time expires, Survivor is nearly the same, but you are contained in a much smaller area. Finally there is Time Attack where you have to do laps of a course. 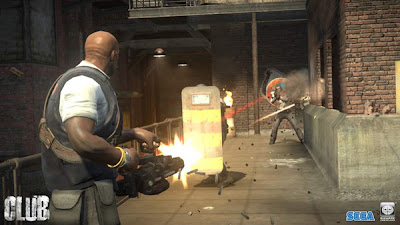 I love stories in my games, and this is where the game kinda disappoints. The premise of the game is that The Club is a secret world wide organisation where rich people can bet on underground blood sports. The contestants have usually been forced into competing, with survival being their reward. The 8 characters you can choose are all varied, and each have their own back story. Unfortunately the back story is not very well explained. There is an intro sequence which kinda hints at each characters introduction of them being forced into The Club, as well as a vague description for each character. It's only really the endings for each character which slightly makes the characters motivations become apparent.

Each of the 8 stages is set in a different location round the world, there is everything from nuclear bunkers to Ocean Liners, and the variation is one of the best things about the game, with each stage feeling fresh. Each stage is split up into 6 or 7 different events, with a score board used so you can see your position in relation to your rivals after each event. 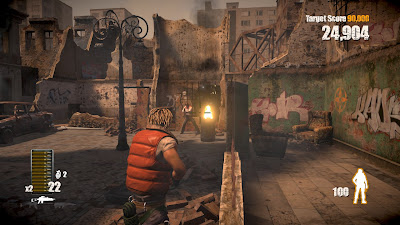 I really enjoyed this game, and could see it as being a great party game to play with mates.