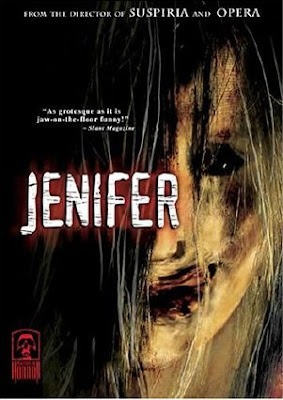 Masters of Horror is a mind blowingly good series in which each stand alone episode is directed by a different 'Master of Horror'. The greats really are represented with offerings to date from such Masters as John Carpenter (The Thing), Tobe Hooper (The Texas Chainsaw Massacre) and John Landis (An American Werewolf in London) having all directed episodes.
Jenifer is Dario Argentos effort. I am not that familiar with the films of Argento, though I definitely want to see them. The most common feeling nowadays is that as a director Argento has lost the plot, with a slew of terrible films under his name in recent years. This episode was also slandered as tripe. All I really know about Argento is that his daughter Asia cannot act at all, and made the terrible 'Land of the Dead' somehow even worse. 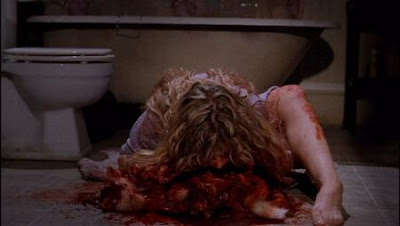 Jenifer's plot concerns a rookie police officer who saves a horrifically disfigured young woman from being murdered by a maniac. The Officer finds himself increasingly attracted to the strange mute girl, and decides to take care of her. Horror ensures.
What I love most about the Master of Horror series is the lack of shyness towards blood. Nearly every episode is coated in the stuff, and Jenifer is no exception. I found this episode to be another great one, and certainly not deserving of the criticism it has gotten. Chocolate - now that was a terrible episode.

Another great episode in a fantastic series, see it, and give it a chance!
Posted by Daniel Simmonds at 11:12