I Am Legend - Zombie Film Review 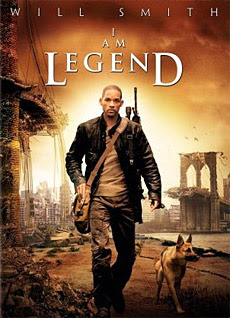 I Am Legend is a film based on the book of the same name. It is the third film to do so. First there was Vincent Price in The Last Man on Earth in the 50's (I think), then in the 70's there was the excellent The Omega Man starring Charlton Heston and now this starring Will Smith.


Like the others it concerns a man who appears to be the last man alive on Earth. Everyone else having mutated into monster like creatures allergic to sunlight. By day Will Smith searches New York for food and supplies, and works on a vaccine to the virus everyone has. By night him and his dog hide in his fortified apartment building. The film is much like the others, everything from the flash back to pre-virus Earth, and general plot are the same. That's all I can say really, the worst film version of the book, but still a good, solid film. 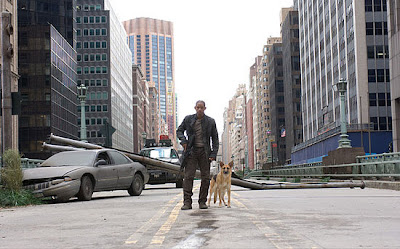 The extras on the DVD were amazing. They comprised of 4 short animated stories, all very very dark and bleak. They had so much atmosphere to them.