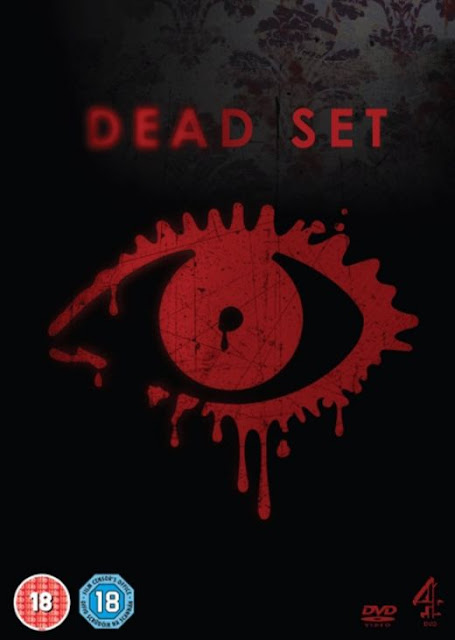 So the first of the 5 part horror series Dead Set started today. I was really impressed with it.


The plot concerns a zombie outbreak, I love zombies, I love them a lot. The story takes place at the Big Brother studios. During eviction night the crowds who have came to watch have all been attacked and turned into flesh eating zombies. The contestants inside the house don't know that anything has gone wrong, so are carrying on as normal, while outside a lone survivor desperately tries to escape the undead.


The zombies are of the running variety, and the way the program is shot is deeply similar to the way the zombie attacks in 28 Days Later, very fast quick changes used to create confusion. These zombies seem to spend a hell of a lot of time eating dead bodies, and seem to get very preoccupied with doing that.


There are a few guest stars. Quite a few ex housemates appear as themselves having a reunion party. These include Bubble, and others who I cannot recall their names. Best guest appearance is Davina Macall playing herself. Thankfully she is killed, so it's fun seeing her die. She appears later as a zombie, which is really entertaining, I think shes gonna have more screen time in later episodes. Thankfully the program was quite bloody. There was lots of brains and entrails and blood shown, which is needed really.


Later episodes are bound to be much more action packed, so I cannot wait!
Posted by Daniel Simmonds at 16:05

Just watched it and thought it was surprisingly good. More of a proper zombie movie feel to it than I thought there would be.

it was very professionally done!