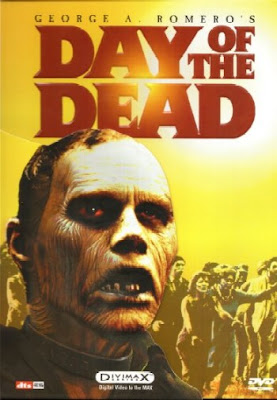 I recently re-watched George Romero's amazing Day of the Dead it was better than I even remembered it! I originally thought Night of the Living Dead was the best of his films, then Dawn of the Dead but now I definitely think this is his crowning achievement.

The film has a fantastic score. The music is one of the best things about it. So good that the band Gorrillaz sampled the opening in their fantastic song M1-A1. The plot is good, and quite original I feel. 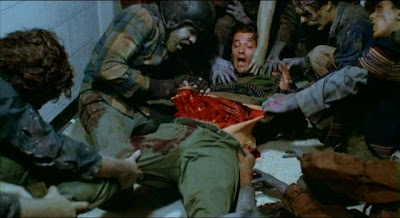 The world has been destroyed, over-run by zombies. In a military bunker a team of soldiers, and a team of scientists have been living in disharmony. The new leader of the soldiers - Rhodes is a nasty piece of work, he sees the scientists, and their experiments as a waste of time, he wants to leave the bunker and the scientists to rot.

The good characters are mostly a likable bunch, while the bad guys are suitably horrid, so it is fun to see the events play out. The plot is decent. The special effects are superb! I had to look away the first time I saw this film, as I was repulsed by the gruesome effects. Now ten years later and suitably desensitised I love them. 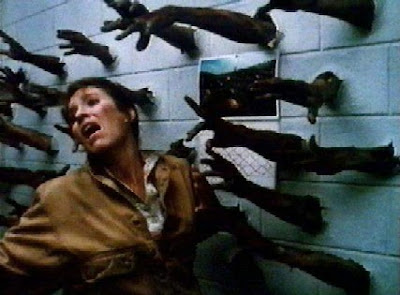 Special mention must go to the amazing intelligent zombie Bub. Though many people reckon I look like him (I don't!) he is a great character, and much better the heap of crap intelligent zombies Romero jammed into the terrible Land of the Dead.

EDIT 2015: I wrote this review a long time ago and to be honest it sucks. I hope to one day redo this review and give the film the love it deserves.
Posted by Daniel Simmonds at 12:13 No comments: